3 Errors in Playing PUBG Mobile Suspected of Being BOT

Shortcutgame - PUBG stands for Player Unknown's Battlegrounds, which is a game with a battle royale genre.  The game can be played with 100 people at once online. 100 that person will try to survive by killing each other on an island.  PUBG Mobile games are sometimes filled with bots. (Especially if you're a beginner). 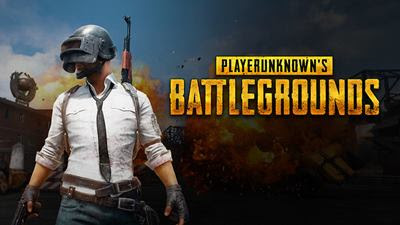 The characters that are controlled by this simple A.I. can serve as a confident grower for novice players who are looking for a kill. Because they are easy to kill, they also sometimes feel like a veiled gun courier because their equipment can sometimes be used. But sometimes... There is also a human player who is suspected of the bot.

Read More:
Why can it be so? Let's not be thought of bots, avoid three of the main PUBG Mobile mistakes below!

This includes the main mistake of PUBG Mobile which can make you a bot.
His name is controlled with a simple A.I., a bot he usually shot while silent, without tactics. If you do the same thing with the boat, you are about to have the boat as well.

Then, what is the solution?

Shooting without protection from the start is not a good action.
Even if you are attacked suddenly, you can at least try to shoot while you move.
If you can't see where your enemy is, at least try to run to a nearby shelter, blow it (if your position is tall grass, otherwise this is not a good decision), or a smoke grenade throws for protection.

The ability to aim famous bot is chaotic. Especially because they usually shoot the origin in all directions, not really eyeing the enemy. To avoid being thought to be a bot, make sure every shot is really deadly for your enemy. My tip is primarily to use a scope shot if you have time to do so. If you don't know yet, aiming with a scope will make the bullet more directional than shooting wild. This will be very helpful if the weapon you use is weapons with violent recoil like the CMA. Learn also how recoil and weapon abilityWeapons like Vector and UMP will be more dangerous if you fire full auto to your enemies.

Bots usually move alone, appearing suddenly in a human populated place. If you don't expect to be a bot, you should avoid being separated from the squad until alone. If you want to separate yourself, at least invite one colleague to accompany you. Or prior to secede, first in direction and purpose to get across you guys clearly. Who knows the members of your friends can prepare cars and so on to follow in case of undesirable things. If you appear alone, then stand a static shootout time, and the shot is wrong, do not be surprised if you were struck by a bot.

That's three glitch PUBG Mobile that buses make a bot. Maybe a little I can share for you, hopefully useful.