Shortcutgame - A Battle Royale is a genre that essentially expands the elements of the spinning, exploitation, and hunting. The new Genre was apparently inspired by a Japanese novel and film of the same name. In the battle royal genre games, players in a certain amount will be transported to a secluded island with a variety of early equipment. Then, they are forced to find more capable equipment and weaponry and race against time to finish off other players and become the only surviving player.

This Genre of popularity like Player Unknown's Battle Ground (PUBG) is increasingly unstoppable. In the third quarter of last year, the game even officially recorded a number of prestigious records in the Guinness world record book. Some of the phenomenal records of the game's title include the Early Access game at Steam reaching the 1 million sales, the first game played up to 2 million users simultaneously, to the Early Access games on Steam that The fast profit of 100 million US dollars.
Nevertheless, PUBG is not the only game that carries the Battle Royale genre.

The following five games have a concept and uniqueness that is the slightly different but not less exciting same game that Bluehole made. Refer

Initially, the Daybreak Game Company broke the game's development into two separate projects called H1Z1: Survive and H1Z1: King of the Kill. Until in October last year, they decided to put the company's focus on the second project and leave the name King of the Kill behind. To date, the status of H1Z1masih is in the Early Access stage and there is no official information when the final version of the game will be released to the public. 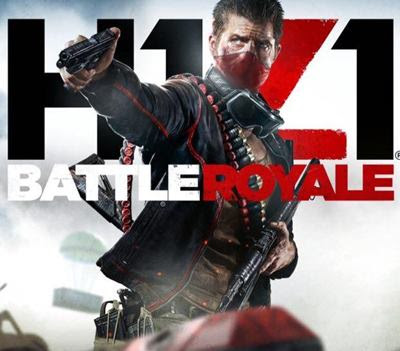 Carrying a genre exactly the same as PUBG,149 players will be parachuted onto an island. Soon as possible, you have to find weapons and various equipment that will be useful for fighting against other players. He said Brendan Greene as the lead maker of PUBG was once a gameplay consultant that helped the game develop. So, H1Z1 are emulating PUBG or just the opposite,?

2. Ark: Survival of the Fittest

If you are tired of constantly firing each other or having each other's fellow players, maybe now it's time you tried the game developed and produced by this Wildcard Studio. Games that claim a new genre named M.O.S.A. or online multiplayer survival Arenaini is actually a spin-off or a fraction of the game with the same concept previously titled ARK: Survival Evolved. Perhaps, as it is tempted by PUBG's success and feels that it has a more unique concept, the result is the rise of ARK: Survival of the Fittest which is more perfect for the Battle Royale genre. 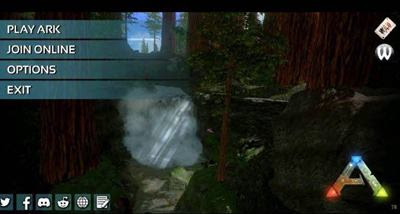 Actually, this game is the same as other battle Royale games. You will be able to read each other and kill each other with another player whose total number reaches 72 people for The Last Man Standing. The thing that makes this game unique is the presence of dinosaurs that roam all over the island.
These giant reptiles can be your enemies or good friends. Unfortunately, although it offers something different, the player population of the game is reportedly steadily declining. Servers that often have problems and "go to" the players to PUBG are thus the main cause.

"The only goal of this game is survival. "That's the nickname chosen by this Facepunch Studios game. At the beginning of the game, players will be stranded all over the outer part of the island in a state of no yarn. Luckily, developers are still well equipped to equip your character with a torch, bandage and island map. 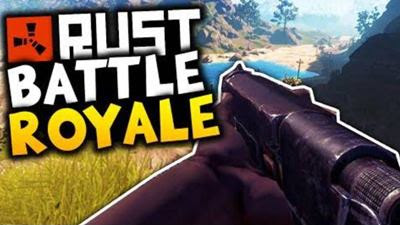 You guys will also play in prime condition of the stomach hungry and worn out.First, resolve these initial issues, and then search or build the base as your shelter. Furthermore, as you can guess, you will kill each other and other players as well as the race to be human or the last team on the island.
Rust: Battle Royale has a beautiful touch of graphics and fun gameplay. Although there is still a lack of elementary, like the movement of less subtle players or the number of servers that have not been able to accommodate gamers who are increasingly interested in trying this game. However, this problem is still understandable. Because this game is still in the Early Access stage.

The wild Hype over the impact of PUBG's popularity is not only valid on PC or console only, but it's also unstoppable to the mobile realm. Mobile games with a similar genre are already a lot scattered in the app market, would be the App Store or Play Store. Among the many battle Royale games that exist, the Rules of Survival developed by Net Ease is one of the games that you must play. 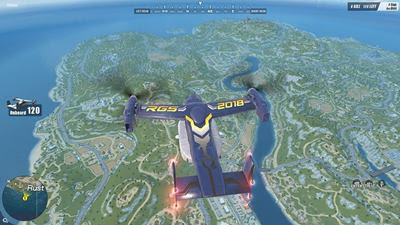 Same genre, same also gameplay and premise. You are one of the 120 players that are parachuted on an island. You are obliged to collect weapons, medical supplies, clothing, and protective heads for the sake of survival. All these basic elements are certainly not new for you who have memorized playing Battle Royale games. You can also play with other players. Although "only" mobile games, the map can be roaming turned out very wide. This Game is free and there is paid content that you can buy in it.

The Game is said to be most competing with PUBG on almost every aspect. Epic Game as the publisher of this game even preceded Bluehole (publisher of PUBG) to release this game on PlayStation 4 and Xbox One. Uniquely, the engine foundation named Unreal Engine 4 used by PUBG turns out to be an Epic Games creation. 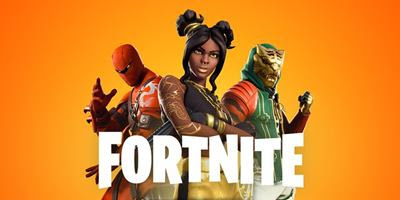 It doesn't need to be much discussed like how storylines or gameplay is Fortnite. Some of the most noticeable differences may be the landing process, the defense system, and the firing mechanism. The rest is the same but still feels a slight difference. The most unique aspect of Fortnite is its building. You can construct such a cool and consist building that you want, with your notes not forgetting that your purpose for building or fortress is to strengthen your defenses from the attacks of the enemies.

That's five battle Royale games that are no less exciting than PUBG. If you haven't already, you should never claim that PUBG is the best. Just try it first one-on-one! You just love and addicted.