Shortcutgame - It doesn't take long for Playerunknown'S Battlegrounds (PUBG) to master the gaming industry after PUBG Corporation released the Early Access game in March 2017. The steam Charts also show that PUBG has ever played as much as more than three million players concurrently on Steam in January 2018. 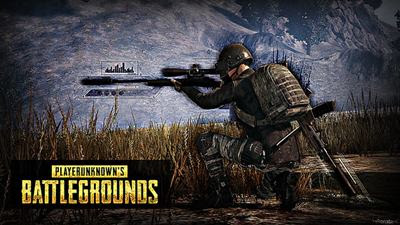 PUBG is arguably the opener on the success of the Battle Royale genre. As if not to be defeated, other gaming companies are competing to create their own battle Royale games. In fact, major gaming franchises, such as Call of Duty and Battlefield, will certainly be available battle Royale modes in their latest series. Read More: 10 Tips to play PUBG Mobile for Beginners

PUBG's success certainly holds interesting facts. Well, here are the PUBG facts you may not have known. Refer!

1. PUBG is Made by a Photographer

For those who don't know, Brendan Greene is the creator of PUBG. Greene is arguably quite late plunging into the world of game development. Before becoming a PUBG creator, she started her career as a photographer and graphic designer. Her skills in designing are used for designing games.
Greene began designing games when they entered the age of 30s. Initially, he developed mods for Arma and DayZ. From the work, Sony Online Entertainment even asked her to consult the development of H1Z1: King of the Kill. Greene gained knowledge for PUBG development.

2. PUBG is Not a Pioneer of Battle Royale Genre

Greene calls her mods in Arma and DayZ under the name "Battle Royale". The name is inspired by the Japanese film Battle Royale which was released in 2000. The Film itself is also adapted from the novel of the same name written by Koushun Takami. Battle Royale Films and books are about a group of teenagers handed down on an island by the Japanese government. They were forced to fight to the death to control the population.

PUBG is responsible for the popularity of the Battle Royale genre. However, PUBG is not the first game to lift the Battle Royale. The Mod Arma and DayZ that Greene made were the first to introduce the genre. Read More: 10 Sure Tips & How to Play PUBG Mobile

Reported by Deadspin, the sentence originated from the Great Depression that took place in the United States in the 1920s to the 1930s. At that time, many were gambling to earn money. If someone manages to win a consecutive gamble, the person can buy chicken for dinner. That's where the phrase "Winner Winner Chicken Dinner" appeared. As it turns out, Greene already used the sentence in its mod.

4. Got Angry Fans Because of Loot Box.

PUBG could not be separated from the controversy. Reported by Polygon, Greene had repeatedly stated that PUBG would not include microtransactions until they left Early Access. As of July 2017, PUBG Corporation added loot boxes that can only be unlocked with keys. Loot Box yourself you can find when playing games. However, the key you can get by buying it using real money.

The decision eventually provokes the fans ' anger. Greene immediately conveyed his apology through Steam. He admitted that there was an error delivering a communication from PUBG Corporation. However, PUBG Corporation has remained in its decision to maintain microtransactions. Indeed, only cosmetic items are sold. However, fans feel betrayed. Read More: 5 Weapons for Drop PUBG Mobile Supply! Which one suits you?

Cheating is always a problem for multiplayer games, no exception to PUBG. This Game uses an anti-cheat software from BattlEye that allows players to report suspicious activity via Replaydeathcam. When PUBG released its full version, BattlEye announced that it had been banned more than one and a half million accounts during 2017. In fact, in January 2018, they already deleted more than one million accounts. PUBG Corporation just stops the cheater in the game. Reported by PC Gamer, Tencent, the distributor of this game in China, helps with tracking and capturing around 120 people who develop cheat software for PUBG.