Shortcutgame - It seems like the popularity of Multiplayer Online Battle Arena games about MOBA has begun a lonely fan with the presence of Battle Royale games. What is a Battle Royale game? Battle Royale is a game where players are deployed on a single folder of 100 players and are required to kill each other into the last surviving player. 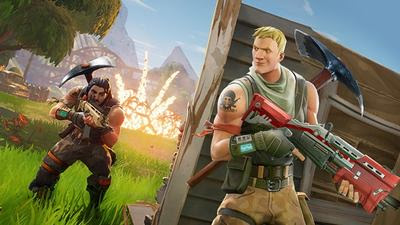 Perhaps most of these are familiar with PlayerUnknown's game or PUBG, Rules of Survival. Well, both games are Battle Royale type games that are again popular and still become games with very many fans around the world. But there's one more Battle Royale game that's trending in the midst of PUBG's existence, Fortnite! Read More: 6 Tips to Become a Pro in Fortnite Battle Royale

This time I will discuss 6 things you may not have known about Fortnite:

Although Fortnite appeared in 2017 since 2011 we are already in love ' signs '. In the video game Awards at Spike, Cliff Bleszinski was the first person to ' inaugurate ' his first trailer. And it continues to be developed since then. Start from Unreal 3 on to Unreal 4 and so on until it's finally developed by Epic. Initially, people thought Fortnite would not be released. But after two months of its appearance (although different from its original idea), the game is the best selling in the gaming industry.

Maybe Fortnite can be a rival of PUBG. Because time was in the first release, Bluehole, the creators of PUBG were displeased because of a competitor. It's not because there's another battle Royale game on the market, but because Epic has called PUBG in one of its promotion. Epic says that she is ' big fan ' of PUBG. What makes Bluehole extra angry is that their licenses with Unreal Engine are equally used for PUBG and Fortnite. Unreal Engine itself is created by Epic. This allows you to make Fortnite more ' pampered ' than PUBG. Read More: Fortnite vs PUBG Mobile? Which One is Better?

There are funny things in this game. There is one player with a user named ' Fortnite Winner '. But once in check, this player plays over 1000 team matches without winning any match. From the name may look very professional. But he seemed to win because of the Temen one team.

In September last year, Xbox one and NPS 4 players could play together or cross-play. The player begins to realize there are many strange usernames. Although the cross-play was fun, the player was initially confused as to why Epic did not announce this new feature. But Epic replied that it was just a bug. Finally 10 March yesterday, Epic announced that there is a new feature that is cross-play. Initially just considered ' mistake ' turned out to be real and true.

Well, the player who uses the cheat, already ensured your account will be banned. In November 2017, Epic also took a ' legal ' path to overcome players who were cheating. Worse yet, one of these players is a 14-year-old boy. The mother of this child is angry and writes a letter to Epic saying her son is not wrong. Read More: Fortnite season 9: Battle Pass and Reward

That's what I can share with you about the facts about Fortnite you don't know yet, hopefully useful.