6 Tips to Become a Pro in Fortnite Battle Royale 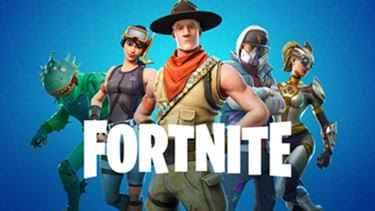 Then, how to get a Victory Royale title? Here are some tips that players can learn when playing Fortnite Battle Royale to become a pro:

You have to choose the right landing location.
Since the latest patch update, Tilted Towers is the most visited location because of the many chests scattered there. If you are a beginner and have not yet been skilled at the headshot, never once in the Tilted Towers location. Choose a rather deserted location such as Moisty Mires or Anarchy Acres so you have the time to looting.

Usually known as the term farming. Fortnite Battle Royale has a "Fight and Build" theme. If you are a Fighting but not a Building and vice versa, you may be hassled to kill your opponent. But if you can both, you'll have a much greater chance of winning. Collect some scattered materials for your resources. There are three materials, Wood, Stone, and Metal. Wood will accumulate a lot if you destroy a pile of yellow wood or large trees.  Stone will accumulate much if it destroys the rocks. Metal will accumulate much if it destroys the car.

3. Familiarize Yourself With Close Quarters

Fighting in close proximity allows you to shoot the opponent's head more accurately whether using Shotgun or Assault Rifle.  Always get used to and hook your opponent to fight close and jump as often as possible to complicate your opponent. The best weapon for the close range is Shotgun or the Pump Shotgun.

If you meet the opponent and have enough proficient to use Building features. Make sure to always create a high ground line so that your position is on top of your opponent. This will make it easier for you to shoot your opponent and instead your opponent will have a hard time shooting you because of the narrower space.

Unlike PUBG where players can carry a lot of items depending on the level of a backpack being used. In Fortnite Battle Royale, you only have five slots. You have to really choose the weapons and items that best match your fighting style. If confused, you can carry three types of normal weapons.  Each for close quarters such as shotguns, intermediate distances such as Assault Rifle, and long distances like Sniper. Leave two more slots to be filled with Medic Kit/Bandage items and Shield Potion to add your blood and armor.

Every few minutes, the Supply Drop will be dropped and contains rare weapons such as Gold Bazooka and items such as Boogie Bomb. You can look around you to make sure the location of the Supply Drop falls when hearing whistle sound. Then, give one bullet shot to the Supply Drop air balloon so that the Supply Drop status is always displayed on your screen.