Shortcutgame - Playing games is more interesting and challenging if played with other people, but to play those games usually needed an internet connection or online. In addition, there is also a problem again, and the problem of the toxic player in playing online games. So some people prefer to play Offline games than online games.

There are a lot of offline game genres available on your mobile, from RPG, simulation and so on. But do you know that there are also Battle Royale genres that can be played offline? Well, here, I'm going to give you some of the best Android Battle royale offline games you can play anywhere.

Note: Some of the lists below has two playable modes, which are Offline and Online modes. You can play Offline mode to play the game below without using an Internet connection 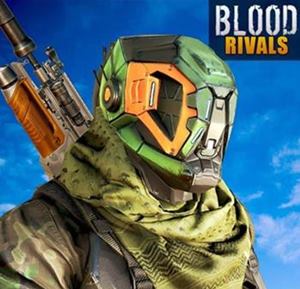 Blood Rivals goes into the game's first offline Battle Royale because of its resemblance to some popular online battle royale games like PUBG and Free Fire. This game has a gameplay system that is very similar to both games, ranging from the shrinking arena, replaceable weapons, and so on.

Unlike the Blood Rivals that have similarities with PUBG and Free Fire. Giant.io has a resemblance to one of America's popular Battle Royale games of Fortnite when viewed from the graphics. Just like any other battle Royale, Giant.io requires its players to survive, kill other enemies, and become the only survivor. Well, it's a unique game using the building wall and stair features that are usually found in Fortnite games. This game is actually a game played online, but it has an offline mode that can be played without internet.

Battleground Survivor: Battle Royale is an offline multiplayer action game that you can play without using the Internet. The first player – Tama will choose where to go down and look for weapons. After that just like any other Battle Royale game, players have to kill all the other players and become the last man standing. 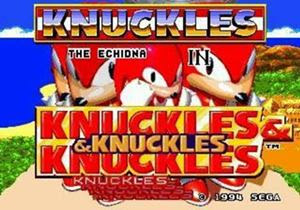 Ugandan Chungus is a battle Royale game created based on one of the famous overseas memes of knuckles. Players will play as Knuckles who fight with other knuckles by using weapons available around the game arena. Starting from Rifle, Shotgun, Bazooka, and so on. In addition to the Battle Royale, Ugandan Chingus also has several other modes, such as Team Matches, Solo Fight, Defender vs. attackers, Ugandan Zombies and so on. 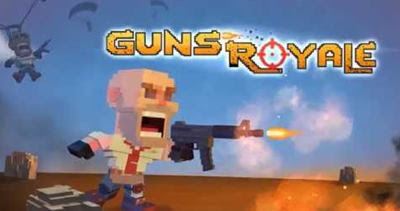 Guns Royale is a 2, 5D battle Royale game. Although it has the same theme as the Battle Royale above, Guns Royale has more simple graphics and controls and has more relaxed gameplay.

If you are interested in mecha, Robot, or Gundam, and love playing games with the Battle Royale genre. Then you will definitely be interested also with this game Royal Robot BattleGround. Actually, this game is just like any other Battleroyale genre. The difference is that players will use robots that like Transformers can turn into cars.

For those of you who have a low specification smartphone. You can probably try this one game, Battlecraft Survival. Just like the above games, Battlecraft Survival is an offline Battle Royale Last Man Standing game, the difference is that the graphics are checkered. If you want to try games with the genre but do not have a strong enough smartphone, then you can try this game.