Activision has opened Beta access to Call of Duty Mobile

Shortcutgame - The Battle Royale Genre in shooting games has become very popular due to the emergence of games like PUBG and Fortnite. But initially, it can be traced back to a game like Call of Duty which originally contributed to the popularity of the shooting game. 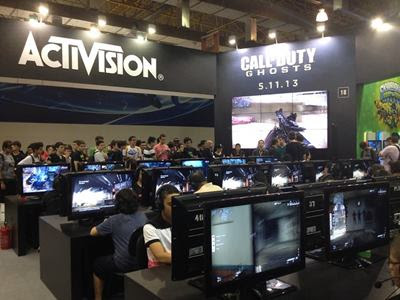 Call of Duty already dominates the PC and console segments. Activision, the publisher of Call of Duty, is now aiming to capture mobile segments as well. Considering PUBG Mobile and Fortnite goes well, the same can be expected for Call of Duty. Last month, Activision announced that Call of Duty games would connect to the Android and iOS platforms. Continuing this announcement, Activision is now opening beta access for the game. Read More: PC specifications for Call of Duty: Black Ops 4 BETA
Reported from the GSM Arena, the beta access for the game is already open for Android and iOS platforms. However, this beta trial is only available for some regions, such as India and Australia.
Along with the opening of the beta trials, Activision also reveals the gameplay and features that will be able to be attempted in the beta access.

In this mobile version of the Call of Duty beta test, Activision provides five multiplayer modes, including free for all, Frontline, Team Deathmatch, Hardpoint, and domination. The entire mode supports up to 10 players, except that it only holds eight players.

Activision is also promising this game comes with a number of iconic characters of Call of Duty. Some of these include Alex Mason, David ' Section ' Masoin, Thomas A. Merric, including John Price. 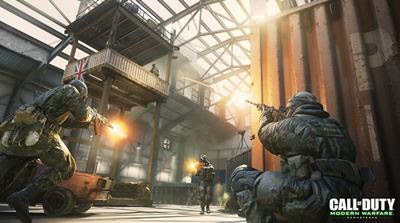 However, not all information around this game is revealed by Activision. Developers of the United States mention more information about the new Call of Duty: Mobile will be revealed in the next few weeks.

To present the mobile version of Call of Duty, Activision is working with Tencent. The name Tencent itself is already familiar with this game because it has been to the Call of Duty Online in 2011. Despite being present in mobile platforms, the game still presents a number of iconic elements from the original game. Some of them are still the same maps, such as Nuketown, Crash, and Hijacked.
In addition, the game will also carry a number of competitive game modes, ranging from Team Deathmatch and Search and Destroy. While other game modes will be announced approaching the release of this game. Read More: Call of Duty Review - Black Ops 4: Right Target

Not only is the game mode diverse, but Activision also promises visually pampering eyes and responsive gameplay in this game. Now, you can just register to participate in the beta version at CallofDuty.com. Activision said they will be holding several beta sessions within the next few months before they launch this game.

However, apparently, the beta version of this game is only available for Android. Once launched, this game can be played on iOS and Android.