Home CALL OF DUTY GAME Call of Duty 2019 will be titled "Modern Warfare"?

Call of Duty 2019 will be titled "Modern Warfare"?

Shortcutgame - Will Modern Warfare be the title of Call of Duty this year? A big surprise happened today, the game Call of Duty 2019 turns out to have the title Call of Duty: Modern Warfare. This Game will be a soft reboot of this franchise. According to a report from Kotaku, there is still some more information about upcoming FPS games, which will be announced in the next few weeks. 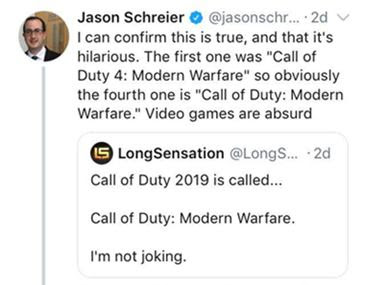 Read More:
Although it was briefly formulated that Activision would release Call of Duty: Modern Warfare 4 for the series this year, but it seems that they will name the franchises in 2019 as Modern Warfare. Yes, you did not read it wrong, News Editor Kotaku, Jason Schreier who is a top investigative journalist in the video game industry journalism even 100% assured that Call of Duty: Modern Warfare would be the title of the original developer shooter game series, Infinity Ward is the one in which Activision was to make it this year. He also confirmed that a user's tweet named LongSensation is true.

This name change will certainly be very confusing for the fans, considering that Activision has released the remastered version of the Modern Warfare 1 & 2 series. However, Jason says that the game is a "soft reboot" which is indirectly this very simple title. 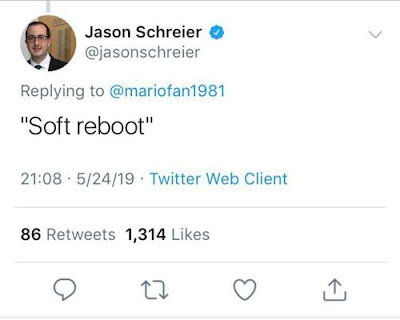 Activision and Infinity Ward still have not confirmed anything about its presence, so it is better to only understand this news just as rumors are.  But you can wait until the E3 2019 will be implemented early June and we'll cover it for you.

If this latest game is really inspired by this mission, it could be no dark tone in CoD: MW 2019. How far Infinity War will do this is still unknown. But it looks like there will be many fans who love this very fun campaign mode.