Shortcutgame - The shocking news came from the Garena game publisher for you Call Of Duty game lovers. the company that presents a variety of mobile games such as League of Legends, Free Fire, FIFA Online, and Arena of Valor, will provide a surprise by releasing the Mobile version of the game which is a collaboration of Tencent Games and Activision. Where this game is specially born only for the Southeast Asian region. Later Garena will distribute this FPS game to the regions of Indonesia, Malaysia, Singapore, and Thailand. This game itself has opened its pre-registration period through the official Call of Duty Mobile site for those of you who want to try this game first. 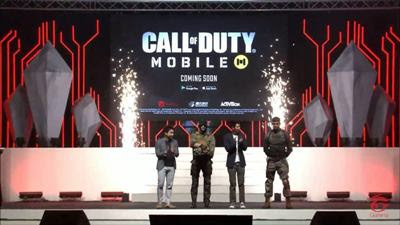 Information on the release of this game was announced through the opening ceremony of the Garena World 2019. Where Garena is proud to announce that they will release the Call of Duty Mobilenya version globally in the near future.  This announcement is, of course, great good news for the visitors who attended the event, because the gamers who attended were really looking forward to the release of the game since it was first announced.

Read More:
Call of Duty Mobile is the result of the collaboration between Tencent and Activision which was appointed from the famous FPS series which is not only praised in its single player phase storyline but also a simple and fast competitive factor!

Call of Duty Mobile presents a number of iconic elements from the original version of the game, the PC version of Call of Duty, where the maps presented are still the same, such as Nuketown, Crash and Hijacked which is one of the maps in the CoD Online game.

The game mode that will be given later is quite diverse and competitive, starting from Team Deathmatch, Search and Destroy and other modes will be announced before the release of this game. The Mobile version of Call Of Duty will promise visually stunning and pampering visual graphics. In addition, classic weapons throughout the Call of Duty series will also appear in this game.  This game will later use the virtual joystick to play it.

This virtual joystick looks almost similar to the PUBG Mobile game, so you won't have any trouble playing this game, considering that the Mobile version of Call of Duty was also developed by the studio behind the successful battle royale, Timi Studio, which is famous for its Arena of Valor , so it is not surprising that in the Call of Duty game there will be a unique feature for the mobile version when compared to other Call of Duty literacy.

Unfortunately, it is uncertain when this game will launch, but Activision has opened pre-registers for North America, South America, and Europe. Of course, for you big fans of the call of duty game, you definitely can't wait to see what kind of mobile version it will be.

According to friend ShortcutGames, will the Mobilenya Call of Duty be a successful part of the local E-sports community?