Shortcutgame.com-One of the best FPS games ever, this one compliments nothing much to discuss the "classic" series of Infinity Ward and Activision - Call of Duty 4: Modern Warfare. The move from the second world war that has become the hallmark of Call of Duty at that time to the era of modern war indeed aroused concern and its own anticipation. Moreover, Call of Duty is also known as an FPS game that always gives a large space of Hollywood film-style dramatization that is enough to make your hair goosebumps. The results did not disappoint? "Big gambling" Activision and Infinity Ward in 2007 had sweet fruit.

With epic campaign mode and super exciting multiplayer mode, Call of Duty 4: Modern Warfare is a phenomenon in the FPS game. He was loved by gamers, sold with fantastic numbers, and became the "new" standard of the gaming industry for FPS games that were born afterward.  All FPS games a few years later always want to become the second "Modern Warfare" with a similar approach, regardless of whether he ends up being executed properly or not. For gamers, Modern Warfare is a memorable project.  Like enjoying an interactive action film with a predictable plot and so many surprising things happening, it is like burning itself permanently in our memory space.

Activision is aware of this. Under the pretext of "welcoming" the presence of Call of Duty: The Infinite Warfare that they claim will be very different and similar to the classic COD transition to Modern Warfare in the past, they announced a fantastic Remaster project. Those of you who have had the chance to read our previews previously seemed to have seen for themselves what visual enhancements he offered. It doesn't feel like a "playful" project, it shows the visuals like a decent remake game juxtaposed with the current generation of games.  The decision not to change the core content at all also offers a more authentic approach, especially with a smart easter egg in it. 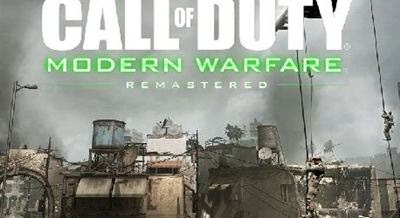 So, what is actually offered by Call of Duty: Remastered Modern Warfare? Why do we call it a game that offers sweet nostalgia? Or the question is more important, does it end up being a proper project to "confiscate" your extra money for the Call of Duty Legacy Edition: Infinite Warfare? This review will discuss it more deeply for you.

This is probably one of the best decisions that actually make us fall in love with what Activision and Infinity Ward did with COD: MW Remastered, treating it with the deepest respect. They seem to understand that there are strong reasons why this series has become the favorite of gamers and gained such strong recognition among their fans. As a result, they decided to present an authentic gameplay experience based on the original series released in 2007. This means you won't get anything different. It's still a matter of travel to prevent a great terror that will bring the world to chaos. Modern Warfare will take you on the "first" journey of the iconic main character - John "Soap" MacTavish who stands behind the mentor - Captain Price. They worked together to try to stop Al-Assad who succeeded in carrying out a major coup in one of the countries in the Middle East with such strong Anti-Western sentiment. Taken from the perspective of several characters, this battle culminated in efforts to ensure the world did not collapse under the threat of nuclear war which is now in the hands of the "crazy" ultranationalist leader - Zakhaev. A condition that of course feels familiar to those of you who have had time to taste the original version. 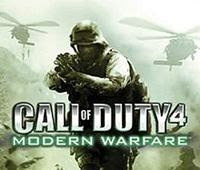 However, there is one extra question that might arise. What if you were a gamer who "didn't have the chance" to taste this first Modern Warfare series in the past?  Does the same story content still feel relevant and has high quality in 2016? Yes and no from our perspective

If you include gamers who have enjoyed the Call of Duty series for at least the last five years that come with stories and bombastic dramatization, this COD: MW Remastered might feel like a "normal" COD series. Because as we know, Activision desperately confirmed that the next COD series after Modern Warfare was released had to show something more bombastic than just a nuclear explosion or AC-130 from the air. Up to the limit? Making an original series that started everything, looks so weak. But if you include gamers who have never tasted the COD series so far, there is no more appropriate series to start, get to know, and understand why this one series is so memorable and loved.
With authentic experiences like this, COD: MW Remastered does sell one thing for COD lovers - nostalgia. Nostalgia developed with high seriousness with an authentic experience that certainly looks tempting. 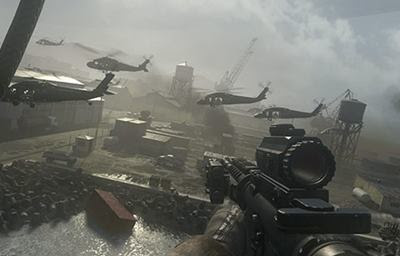 In terms of content, COD: MW Remastered does offer an authentic experience, with story content and the same sequence as the original version. But that doesn't mean Infinity Ward doesn't inject new "secrets" for you to find, one of which was even transformed into a smart easter egg that they had never predicted to inject here before. We're talking about the first secret first.

Insignificant is the right word for this "new" content.
You certainly still remember the sequence of exercises at the beginning of the game that will determine what level of difficulty is right for you, right? Well, if you are diligent enough to explore the other side of the headquarters, Infinity Ward also turns out to contain one other training arena aimed at testing your dexterity from - from just climbing large logs to reaching higher ground. A small addition that is enough to make us scratch the head because it feels like extra content has minimal functionality that only appears to make gamers smile for a little more.

But the second "secret" content that is at the same time deserving of the title as an intelligent easter egg is what ends up defining the meaning of the word "surprise" for Call of Duty: MW Remastered in our eyes. This Remaster version contains an event called "Time Paradox" which, as the name implies, can only be executed by those of you who have tasted the Modern Warfare 2 and Modern Warfare 3 series, which in fact contains the timeline of the story after this first Modern Warfare. That's right, Time Paradox allows you to kill Makarov, which incidentally is the key to chaos in the second and third series of Modern Warfare, even before he realizes that he will become an antagonist of this conflict.

Read More:
Those of you who have enjoyed Modern Warfare 3 certainly still remember about flashback sequences in Zakhaev's shooting event which opened a big secret - that Makarov was in the same place at that time, along with other characters - Yuri. In the original Modern Warfare series, you won't be able to see Makarov. Almost all the cars that escort Zakhaev are covered with a black glass that makes you unable to look inside. However, this is not the case with the Remaster version. When you act as a young Price trying to shoot Zakhaev from a distance, you can use a split second after the action to hunt down and kill Makarov by shooting his head in the distance. If you succeed in doing this, then you will get the achievement of Time Paradox. You just prevented a catastrophe that hasn't happened yet, like a psychic who is able to see the future.

You know, there are a lot of Remaster projects that are scattered in the game industry today, and only a few deserve to get thumbs up and praise. By simply injecting better textures with just extra lighting effects, these games end up being "easy" businesses to find money that developers and publishers continue to exploit. The good news? You will not find this trend on Call of Duty: Modern Remaster Warfare.  Had become a gamer who was quite pessimistic and felt that almost all the trailers and screenshots released so far were nothing more than mere hype, Infinity Ward proved us wrong. As we mentioned earlier in the session, they really treated this game with respect. The respect which is then translated into one thing, totality.

From the visual side, you won't be able to complain about anything. For a project that bears the name "Remaster" in it, it contains qualities that can even end up exceeding your expectations. Cool again? As we discussed earlier, they also fixed some animations from existing sequences to make them more realistic and modern at the same time. Like when you carry a helicopter crashing pilot, for example. If in the original series you can't see the parts of his body that indicate that you are lifting it, then in this Remaster series, he gets a little bit of permission to show things that might not be significant.

Respectful totality is the right word to describe Call of Duty: Remastered Modern Warfare. Activision and Infinity Ward were really not playing games to restore one of the beloved series in this fantastic new wrapper. Packs that are even worthy of being called "Remake" games rather than Remasters because of the significant visual changes.  The decision to keep the gameplay and content as authentic as the original version made it a sweet nostalgia, exceeding our own expectations.  This is a non-play remaster project that deserves a thumbs up.