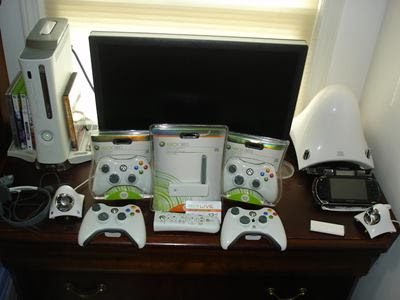 The online capabilities and quality graphics offered by the Xbox 360 are breathtaking. No wonder until now there are still gamers who play with the Xbox 360. While nostalgic in memory of the game consoles has been a favorite for gamers, check out the 10 best Xbox 360 games of all time in the following Shortcutgame version.

Who is not familiar with the best Xbox 360 game the first time. Grand Theft Auto is a game that's familiar with drug dealers, cars, and colorful characters. GTA V doesn't differ considerably from previous versions, the game has a fantastic script and is centered on three complex characters in the amazing city, namely Los Santos. As a player, you can choose to lead three protagonists, explore a crowded world with a sense of excitement, or perform elaborate robberies with the help of your friends.

2. Mark of The Ninja

The main character in this game is a masked ninja who is not known by name with tattoos that are shot on his entire body. This ninja will save his teacher from the Hisomu Ninja clan. The storyline in this Mark of The Ninja is actually quite superficial, but the incredible mechanical controls on this game make anyone interested to finish it until it ends. There are some hidden challenges and impressive cinematics sequences that make you not weary in playing this game.

Halo 3 was released in 2007 and is interesting enough to play. You will play as Master Chief by continuing the storyline of Halo: Combat Evolved and Halo 2. Halo 3 is actually a shooting game that brings the gameplay from a first-person perspective. Inside the game is introduced four online co-op players and a powerful map editor. Overall, this game still looks beautiful by carrying a resolution of 1080p and the feature of the arranged to boot. In Halo 3, blowing up aliens will be a fun activity.

GOW 3 is a thrilling highlight of the Epic Games trilogy. For those of you who do not yet know about Gears of War 3, this is a game with terrible gameplay that is a little cruel and emotional. The best Xbox 360 games of all time provide a beautiful environment and multiplayer mode. In GOW 3, players are required to be more intelligent in reading the situation and adaptive. GOW 3 still comes with the protagonists and antagonists who seem resilient while supporting large weapons. Epic Games is capable of delivering good visualizations, stunning monster designs, and a battle scale and a supportive weapon on Gears of War 3.

Many have said that the Red Dead Redemption is a GTA version of the cowboy. This adventure Game starts from the main character named John Marston, a former villain who seeks justice to redeem mistakes he has ever done in the past. The main character lives in New Austin, a city that has no rule of law, so John Marston has to overthrow the bandits alone. As the game is set in a wild wilderness, the main character also has to fight the wildlife that can be threatened at times. In our opinion, Red Dead Redemption is the best Xbox 360 adventure game ever developed by Rockstar.

We agree that not all gamers like fighting games or shootouts. Therefore, Braid is in this list to bring a fresh breeze for those of you who are tired of playing a full-bloodshed fighting game. This Game requires you to solve puzzles by running the protagonist characters. The game is divided into 6 different worlds, players can enter into a world that has been entered before to solve the current puzzle. Attractive graphics and challenging puzzles will make you happy while playing Braid.

Although Forza Motorsport 4 is not the best car racing game ever, in fact, this game manages to be the favorite game for Xbox 360 users. The fourth installment of the game is no different than the previous version of the game, but Forza Motorsport 4 manages to improve its gameplay. The main advantage of this game is the stunning visual appearance of each car presented. You can play this game online to battle with other racers with excellent skill. The choice of circuits in this game is still quite minimal.

As seen from its name, this game, of course, forwards the second version. This sandbox Game still carries the same storyline as the second version, where you will be the leader of the Saints Row Alley carrying purple hues as its trademark. You will engage the shootout with another alley, but unfortunately, this game still does not carry the self-defense behind the walls or buildings, so you have to keep control of the character so as not to shoot the enemy. Saints Row: The Third has a very stunning graphical look, so you won't get bored in playing this game.

Who doesn't know the superhero character of Batman? This Superhero is also present in the Xbox 360 game and is the best. It can be said that Batman: Arkham Asylum is an interesting puzzle game to complete. As Batman, you will try to solve every puzzle given by Joker. In fact, some of the times you will also engage in mechanical battles that utilize the iconic killer weapons commonly worn by Batman. There are about 240 puzzles in this game which are waiting to be solved soon.
Among the 10 best Xbox 360 games of all time, which one have you played? Or one of these games ever become your favorite Xbox 360 game? Let's share your experience in the comments field below.