High-Speed SSDS is The Key to The Next Generation

Shortcutgame - One of the most popular console games in the world is Playstation. It was on the Sony, and the final version is the PlayStation 4 Pro (PS4 Pro) that already has 4K gaming capabilities.
Although PS4 Pro is capable of playing 4K, this is not a native resolution but rather upscale with a checkerboard method. The reason for this is because PS4 Pro's hardware capabilities are still lacking. For that reason, Sony reportedly soon presented the PlayStation 5 (PS5)! 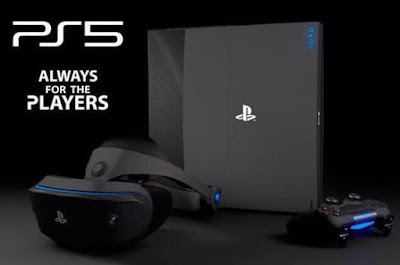 Mark Cerny, the main architect of the PlayStation 4, and currently has the same role for the PlayStation 5 provides a leak of some key aspects of next-generation consoles, such as the eight-core Zen 2 (7nm) CPU and Navi-based GPU, as well as support Hardware for raytracing and 3D audio.
According to the information we acquired from Wccfftech, he just gave a demonstration to the interviewer, it is showing off a very fast loading time of the developer's proprietary product, with Marvel Spider-Man as a trial game, on The demonstration is said to be the PlayStation 5 console (likely) it only requires loading time in 0.5 seconds, instead of 15 seconds that you would normally have to wait on the PlayStation 4 Pro. At the time, Cerny described Sony completing the next-generation PlayStation console with a ' special ' SSD. Read More: This is the Coolest PlayStation 5 Specification

Very high-speed SSD is the key to the next generation. Our vision is to make loading the screen a thing of the past, enabling creators to build new and unique gameplay experiences.


Historically, the hard drive speed was never the decisive specification of any console hardware. However, Sony may be doing this is for the sake of the convenience of its users, because loading screen is something that makes people feel irritated, because it is "waiting it heavy" anyway technology is now possible to do That is, where SSDS has become a new standard in data storage technology better than HDDs. Read More: How To Play PS4/PS3 Games on Android

A lot of information says that the PlayStation 5 will not come out in 2019, but we will be probing to find out and while providing information about the disclosure and further updates of Sony on the console-generation hardware Their latest.