Home GAME PUBG How To Change Name in PUBG

How To Change Name in PUBG

Shortcutgame - PlayerUnknown’s Battlegrounds (PUBG) Mobile is now one of the favorite games for some mobile device users in the world, and specifically also in Indonesia.
Thanks to the challenging gameplay battle royals, the games developed and published separately from their computer games became a game with a number of players that reached 200 million as of December 18, 2018 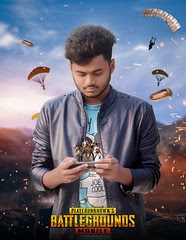 But of course, the numbers that are not small are not only influenced by gameplay but also due to various other aspects, such as the flexibility to customize characters, from the face to the clothes used. Interestingly, in addition to players being able to change the appearance of characters at will, players can also change the nickname or nickname they use in a game that pits 100 people in one match.
Read More:
How to Change the Name on PUBG Mobile:
And if successful, the nickname will change automatically.
But if it fails, players can see the cause first. Usually, this failure is caused by the nickname that will be used by someone else. And because the Rename Card item will not be used if the nickname change fails, the player can repeat the steps to change the nickname from the beginning, but by using a different nickname.