Home TUTORIAL How To Play PS4/PS3 Games on Android - ShortcutGame

How To Play PS4/PS3 Games on Android - ShortcutGame

Shortcutgame.com - PS3 and PS4 are game consoles from SONY that are very popular in all walks of life. Starting from small children, teenagers, adults, not a few of them turned out to be hobbies playing games. Well, these hobby people will usually buy a PS3 console or PS4 as a channel for something they like. (in this case, it's a game). But for those who don't have enough money, the best solution is to play PS3 / PS4 games through an android phone. Now the question is, is it true, playing PS3 / PS4 games can be done through an android phone? The answer, of course, is very possible. 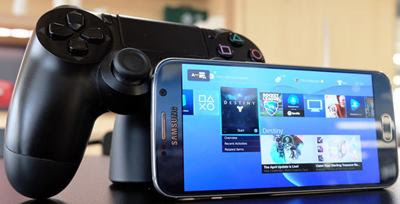 How to do it?
Later, I will explain below.

Preparation before playing PS3 / PS4 games on an Android phone
Before demonstrating this method (playing PS3 / PS4 games), of course, there are some things that you must prepare first.
It's not difficult, the preparation is only a few things, namely:
Just prepare some of the above, then you can follow the tutorial "How to play PS3 & PS4 games on an Android phone" which I will explain below later.

Good news for all of you, that the specifications needed to do this method do not have to be high-specification mobile phones.
If you currently use an HP / Android phone with low specifications, there is no need to worry. Because this method also can still be done even though the smartphone specifications are low.
Read More:
To be a reference so that the playing process feels comfortable, at least the specifications must be closed as below:CPU = Quadcore (Qualcomm / Mediatek / etc)
The most important (for me) is actually only part of the screen resolution of at least 720p. The reason is that the aspect ratio between games and mobile phones is the same. If the ratio is the same, then it looks fullscreen. Fullscreen in the sense, there are no black parts/sides on the right & left.

How to play PS3 / PS4 games on an Android phone

If everything is ready, now we come to how to use it. Please follow the steps below carefully. (do not be Wrong)
1. Install the Gloud APK Application (not an emulator)
The first, of course, first install the APK that you downloaded earlier. Please download it first in Playstore already available FREE. Just for info, Gloud is actually not an emulator, but only as a tool in connecting between players and servers. So what processes the game file data is actually a server computer. Whereas the cellphone is only the recipient of the "data results" that have been processed on that server. (game streaming)

3. After opening, a notification will appear
The notification I mean here is, a kind of pop-up that requires you to choose an option.
immediately select the one that says "I know that, continue to play!"

4. Next, select "Guest" or "Sign in / up"
If you select "Guest", then you will enter as a "temporary guest" in the trial playing PS3 / PS4 games in this Gloud application.
My advice, it's better to just select "Sign in / up" to get a more enjoyable playing experience, compared only as a guest.

5. After that, a registration page will appear
Fill in all registration data as requested by the application, such as email, password, verification, etc.
Do registration, in general, like on other platforms. (very easy)

6. The list is complete, automatically heading to the initial display
If the listing process that you did earlier is correct and successful, it will automatically be directed to the initial display of the Gloud application.
Select "Search" to search for the game title you want to play, or "All Games" to display the entire list of games by category.

By doing this, the Android phone that you have will be able to be a device that can run PS3, PS4, and Xbox One games. Why should I use Gloud? Some of you, it is likely that someone will ask like this. As I have explained above, that the advantages of Gloud are that it does not require you (Android users) to use high-quality mobile phones.

Because the way of working from Gloud is different from the emulator in general which acts as a console virtual machine directly. (utilizing cellphone hardware). So, no matter how high the cellphone hardware will not be too influential in the comfort of playing PS3 / PS4 games on an android phone. The most important thing is the INTERNET CONNECTION. The faster and more stable internet connection on your cellphone, the better the graphics quality that will be displayed on your Android phone screen. Graphics quality depends on internet connection (faster, better).

Then, what is the solution so as not to slow down?

Use internet providers with the best network coverage in your area. The best solution, please use a WiFi connection only. In addition to being more stable, the cost (if calculated) is relatively cheaper. (unlimited). And DON'T forgets to select any application that isn't important. Applications that you never use, it's better to just delete them immediately. If not, be prepared to experience the application/game suddenly coming out on its own without a clear reason.

Just additional information, that not all games that are there can you play directly.
There are several games that require you to collect coins first to be able to play them. These games are usually VIP.