Nintendo Announces Pokemon Sword and Pokemon Shield, When Is The Release?

Shortcutgame - Good news for fans and players of Pokemon games. Since Nintendo announced the game Pokemon Sword and Pokemon Shield. Many Nintendo Switch gamers were disappointed that after the teaser had been driving some time ago, they actually got a version of "Let's Go" which took the Pokemon GO mechanic as a base. In fact, Nintendo has briefly talked about the RPG series should eventually make use of the Nintendo Switch performance which is, of course, more powerful than Nintendo 3DS. There's a great expectation that this full RPG game will not only come with better visualizations but also supported with more capable features. After becoming a mystery, Nintendo finally officially announced the title of the Pokemon RPG game. 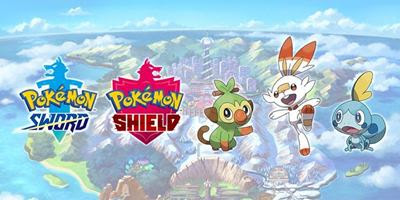 Through the Nintendo Direct event that was specifically held to announce it, Nintendo officially introduced the Pokemon Sword and the Pokemon Shield for the Nintendo Switch. Making the visual cell-shading a base with a world of looks so vast, this eighth-generation Pokemon will contain three new main Pokemon as starters – Grookey, Scorbunny, and Sobble. You'll now be adventurous in the new region called Galar and will certainly be busy with all the typical Pokémon activities. Game Freak and Nintendo ensured that at the time of the release, the Pokemon Sword and the Pokemon Shield will be available globally!

In this game, presenting three new Pokémon as a starter. The three include Grookey, Scorbunny, and Sobble. This time, the Pokemon trainer will go on an adventure in a new region called Galar. This is definitely a lot of Pokemon activity in this new location.