Pokemon Go Plus Prices And Functions 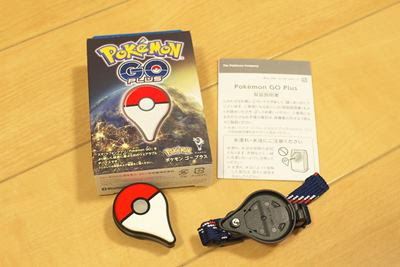 In addition to informing the existence of the nearby Pokemon, the Pokemon Go Plus function is to tell if we are already close to PokeStop. The device vibrates and its LED light flashes to notify its users if it's near PokeStop. If using a smartphone we need to swipe the icon that is in PokeStop to collect items, if we use Pokemon Go Plus, we simply press the button that is on the device. Pokemon Go Plus will turn on and vibrate if we miss PokeStop.

Read More: Nintendo Announces Pokemon Sword and Pokemon Shield, When Is The Release?

If you look at the Pokemon Go Plus function above, it's obvious that it doesn't really add to the Pokemon Go game experience significantly. In fact, we just get the basic features only, can't change the ball type to catch Pokemon, etc. Perhaps these accessories are in focus to help the security of its users while playing Pokemon Go on the road.

It may be more interesting if later Pokemon Company creates a ball-shaped wearable device to capture Pokemon. So there will be a Poke Ball, a Great Ball or an Ultra Ball. Will add fun if we want to capture the Pokemon, we actually remove the ball in its original form and squeeze the button in the ball to capture a Pokemon.

There is no official news from Pokemon Company about when Pokemon Go Plus will be on the market and can be purchased in Indonesia. But if you are a Pokemon fan, this accessory is your must-have collection.