Home GAME PUBG The Meaning of the Term Sandwich on PUBG Mobile!

The Meaning of the Term Sandwich on PUBG Mobile!

Shortcutgame - Have you ever heard your friend say "we got a sandwich" when playing PUBG Mobile? What do you mean? What does it mean to be pelted with sandwiches? Not really. So, the meaning of the term sandwich in PUBG Mobile is that you are squeezed from two directions by the enemy. Then conditions like that, what would you do if you surrounded 2 enemies from 2 directions at once? the two enemies just have to kill you easily. Just focus on one attack is sometimes difficult, especially if you are again in the open field. It comes from the front and back anyway. This situation is sometimes due to the sound of a commotion fishing the coming of another squad, so the battle is increasingly crowded. 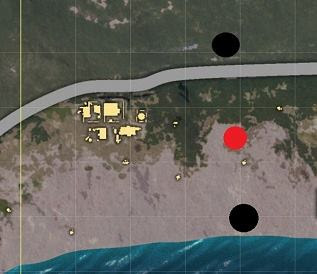 It can also happen because the enemy is actually breaking the squad, and they choke your squads. If you're not ready, it could be a sandwich situation in PUBG Mobile you'll end up with a loss. This sandwich situation is very likely to happen in the final circles, where all the enemies are actually close to you. If you are the origin of the shot, it can be thrown from behind by a different team from the one you are talking to.

Creates a sandwich position for the enemy

So a sandwich victim is not good, but what if we are creating a situation like this for the enemy? To me personally, facing one enemy squad that obviously comes from one direction is not a heavy problem. Usually, if an enemy comes in one direction, I and my squad can end up overcoming them first. Another case when facing one-two people, then suddenly there are two other enemies that arise from another direction to attack you. Attacks from these various directions can make the victim do not have a hiding place.
Read More:
So, how can you create a sandwich situation for your enemies?

In between, you can break up your team. People with the highest armor deliberately lure the enemy's attention. This will usually make the enemy too focused on eyeing anglers attention. Meanwhile, the other squad separates itself to find a good angle to ambush the enemy. When done right, the enemy will often be killed by attacks coming from another direction. This is why if your enemies suddenly run away while jumping, even if you have a previous shot, you have to be careful. Don't just focus on him. Who knows he just draws attention, while his colleagues are already in a position to shoot you.

Congratulations from the Sandwich situation

Then, how about you stuck in a sandwich situation in PUBG Mobile? If you're playing on the squad anyway, it's time to show your squad's compactness. If you are still in the building, take advantage of the wall protection to attack the invading enemies.

If you're on a meadow, hill, or other open areas?

If you can hear the sound of a shot coming in from two directions, I suggest instead try the entire squad to move forward and focus on attacking One Direction first. Even if you're silent in your position, the edges you're going to be crushed, so it's better to try freeing yourself up by invading one of your invaders. If your squad's focus is split and tries to attack enemies from various directions at once, the edges also you can even continue to be affected. So, the focus of the storm to One direction is highly recommended. You can also try to move and rearrange your position. Especially if you haven't seen exactly where you're attacking you.

That's an explanation of the sandwiches when playing PUBG Mobile, hopefully useful