Home GAME The Witcher 3 Was Released In The Nintendo Switch

The Witcher 3 Was Released In The Nintendo Switch

Shortcutgame - The Witcher 3: Wild Hunt is undoubtedly the strongest candidate for the best game of the year 2015. He set a high standard for the RPG genre, an epitome of how an open-world based action RPG is supposed to be formulated. All the elements are completely integrated, supporting each other, ensuring that you're ready to spend hundreds of hours to enjoy the incredible story of Geralt. Do you have to play this game? 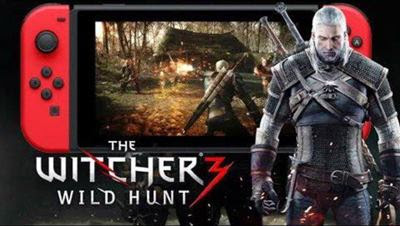 We highly recommend it, regardless of whether you are a fan of RPG or not, or you could have tasted The Witcher before. The Witcher 3: Wild Hunt represents the quality of a truly built game with high seriousness and dedication. Like a love letter, you have long been waiting to arrive in your hands.
Apparently, Geralt will be attending to the Nintendo Switch console, if this outstanding rumor is true.  The Witcher 3 was forged to release into the Nintendo Switch which is expected to come out this September 2019.

A user from ResetEra, Jim_Cacher, has sent a screenshot proof showing the release announcement of The Witcher 3 Game of The Year Edition for the Nintendo Switch.
The writing has the following meanings:
"[Announcement! Witcher 3 GOTY Edition will come to Switch on September (month)], based on the reliable source of the distributor. The exclusive Chinese localization for the Asian region.  "

The announcement stated that The Witcher 3 game would be released this September. He also gave another picture showing The Witcher 3 listed on Taobao.com, a famous online shopping store under Alibaba's power. Read More: The Witcher 3 Wild Hunt Requirements

This is good news for Switch users who want to play The Witcher 3 anywhere and anytime. Yet there is still no official news of The CD Projekt Red on The release of The Witcher 3 in Nintendo Switch. So for now, do not put too high expectations, because this is a rumor that is not sure the truth.