Shortcutgame - Who does not want to win when playing games? Naturally, as a gamer, we want to be the best, including in the Free Fire game. But apparently, there is an easy way to get Booyah in Free Fire! Kuy Check out the winning tips on the following Free Fire. Keep in mind, these tips have been authors as well as other friends do and make the possibility of succeeding in grabbing Booyah even greater. But keep in mind, the longer you play, or the more often you Booyah, then the next opponent will also be increasingly better. 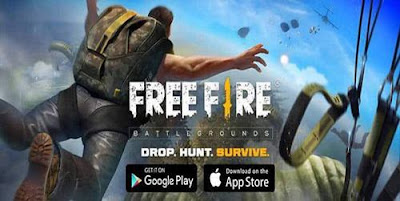 Well, what are the tips to win on Free Fire so you can be more easily Booyah? See directly below.

The first thing you have to do is eyeing your opponent's head or eyeing a headshot.  Don't just eye the body or even the origin of the shot towards the opponent. The head is the most vital part and it applies to Free Fire. Well, the main problem is the target head is smaller than the body so it will be very difficult to do a headshot.

Next is the importance of taking a position on the high ground or a higher plateau. Why is it so important? Not to be separated from the visible view and the target when in the HighGround. When we're at the top, we'll be easier to see the opponent below. In addition, the potential shooting regarding the headshot alias head is also higher. If you're playing alone, when you have a gun, go straight and get off to the high ground when it's safe. But if you play a squad, when you have weapons, we have to dare to make the high ground both together and one person in a scatter or another strategy to occupy or seize the high ground.

The next thing we should look out for while at war on Free Fire is your position when moving around. First, go to the wits from taking a normal position! Indeed, when the movement is not going to be as fast as the normal position, but there is one important thing that you should know when the bent step or step you do not sound compared to the normal position. Without the detection of step when moving, surely we will be superior when approaching the opponent whose existence is known and immediately finish the opponent.

4. Position near the wall

The last is a position-taking when near the building. Free Fire knows no doors, therefore, even in the room, we have to keep hiding. The most recommended position is to move to the wall so that it is invisible from one side or the surrounding. The position of sticking to the wall also allows us to see the opponent without being caught or faster and freely moving. When moving to another place or building, make sure there is a barrier such as a wall, or a container box, or even a tree to be a place to hide and take shelter for a moment.

That's the tips of winning in Free Fire that can make it easier for you to get Booyah.  Not believe it? Just try to remember and practice the tips above when playing. Don't forget to do other basic things like practicing aim skills. Aim exercises should be done for all weapons as each weapon has its own characteristics.