Shortcutgame - We always want to make the devices we use more personal. No exception on the console. One of the things you can do to make your PlayStation 4 look more personal is to use the photo as a wallpaper on the home screen. Through the latest PS4 firmware update, now, you can use your own photo or image to use as the PS4 home screen wallpaper on. 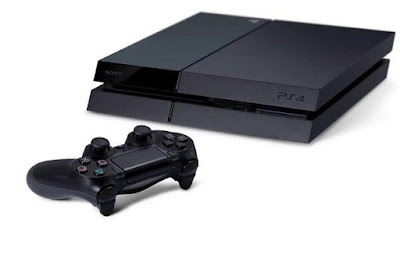 The trick is not hard, you just have to save the photo or image you want to make PS4 home screen wallpaper on a flash disk. For those of you who do not know, Playstation 4 does provide freedom for users to change themes or background images freely. The feature that had been empty at the beginning of this release was later supported by the release of various official themes from games released in Sony's console, until the end of update 4.50.  With the new update released some time ago, Sony Interactive Entertainment provided the extra freedom for PlayStation 4 gamers to render their own console background images. But with one condition that makes the option very limited.

That you are only possible to replace this back screen image with screenshots that you capture yourself from the various existing ones.  Once you try to replace it with the "Custom" option from the "Themes" menu, you will be taken directly to the Capture Gallery menu with the results of screenshots and videos you have taken.  You can not use images from external HDD anyway.  But, what if you want to use a more free theme image, such as from your beloved anime or game from another platform for example?

Fortunately, there is one sneaky way that you can travel by using the Share button and the browser belonging to the PlayStation 4 itself.  How? Here it is:
But of course, there are some things that make this way yourself not as perfect if you use the theme directly from the PlayStation 4 or screenshots that you save on the gaming machine.  There will still be a white line trace in the corner if you are using a 1080p resolution image, but it will be resolved with the higher resolution of the image you are getting.
Good luck!