It is less precise to compare two or more laptops based solely on the brand. The reason, besides the brand, some types and specifications determine the price. And the price is generally proportional to the quality. So when a laptop brand is famous but the specs are low compared to that of a bad brand but expensive, it could have been a better result of that expensive one. 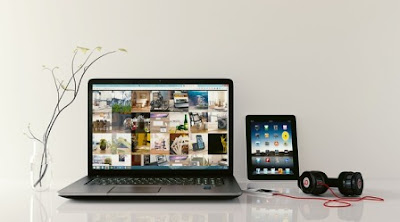 But if comparable, then we should compare brands. Now, list the top 10 brands of laptop computers in the world below I quote from the page www.laptopmag.com. According to his admission, the position sequence is determined from the score collected from several categories of assessments. The categories are design, support, warranty, innovation, value. Here is a list of the 10 best laptop computer brands in the world this year:

Apple which occupies the first position as the best laptop brand in the world this year. I am not surprised because the specifications of every product output of this company is not a responsibility. For example, at least 8 GB of RAM. The elegant design makes a lot of people favorite. In addition to laptops called Macs, Apple also manufactures smartphones that they call Iphones.

In such times now, making some computer manufacturers not only produce computers but rather produce smartphones. What can make, market demand is a lot? However, it does not happen for Dell. The company is full letter-branded but "E" sloping upwards is still focused on the creation of laptop computers only. This is probably because Dell was able to occupy second place after 2015 was in the seventh position.

In addition to being experienced, Asus has also been one of the largest manufacturing computer components in the world. Asus Laptop brand itself every time continues to emerge with various types. The quality is no doubt and its innovation is always up to date. With its hard work, this year they can rank the best brand of laptop computers in the world's third position.

Unlike Dell, Lenovo brand manufactures laptops while producing smartphones. Although not focused on one type of gadget, but the company that stood since 1984 can take the fourth position. However, if it is compared to Asus which equally manufactures smartphones as well, it looks like Lenovo should be willing to try one figure.

MSI is quickly famous and instantly ranks fifth as the best laptop brand in the world thanks to gamers. Why can it? Because the company's output products are mostly high specifications and are perfect for playing games. Like for example at least 8 GB RAM. So those who want to play games wearing laptops prefer the brand with the White Dragon logo.

HP here is not the abbreviation Hand-phone, but rather Hewlett-Packard. This information-technology company woke up since 1939 by two people whose last name was used as the brand, namely Bill Hewlett and Dave Packard. Currently, the laptop computer using this brand occupies the sixth-best position in the world. In Indonesia, the number of the wearer is decent.

Although in terms of Windows operating system almost mastered the whole, but the problem of laptop production, the Microsoft brand is still relatively new. In Indonesia, the output laptop is still rarely found. Listen because the products are not marketed in our country. However, Microsoft is indeed great. Newly emerged has already managed to take the seventh order of the best laptop brands in the world.

Acer brand is quite famous both in Southeast Asia and the world. But unfortunately, the greatness of his name does not help sales. Hopefully, in the future, this brand can create products that can attract the market so the name is increasing.

Among smartphone companies, Samsung's brand is already very well known for its Android operating system. While in the world of laptops, this brand is only able to occupy the ninth position. Nevertheless, it seems that Samsung is diligent also release the latest types of laptops.

This brand of Japanese origin is indeed well known to the world. However, in particular, in our country are better known as brands of other electronic goods such as televisions and refrigerators. Whereas Toshiba also produces desktops, laptops, notebooks, and netbooks. And about the prestige on the market, Toshiba can become the best brand of laptop computers in the world on the tenth order.

That's the list of the 10 best and world-famous laptop computer brands, the best side is not always at the value of expensive or inexpensive items, but many of the assessment factors to mention the computer is quality or not. Hopefully useful.