Want to play DotA 2 without any say as a beginner who will only burden the team? Or do you often play but still not playing well too? This article will help you to learn how and Tips to play DotA 2 very powerful for beginners like you! 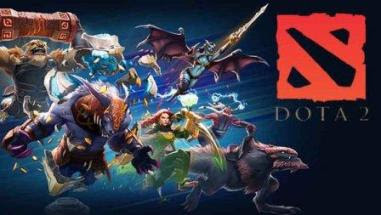 DotA 2 is a very popular game in Indonesia, even in the world. DotA 2 has many variables that can choose your team's winnings. One of the simple but often forgotten things is the collaboration on the team. Here are some powerful tips on how to play DotA 2 for beginners that you can apply to quickly master this best MOBA game. For those of you who are beginners aka new players, check out the following tips:

When you're new to learning to play or the term beginner, the first tip is that you're advised to play against bots first in the Dota 2 game. As such, you will learn about the basics of the game and familiarize yourself with the controls in the game, so that when you play with friends, you won't be a burden on the team. Select the "Play" tab at the top and select "Practice with Bots" to start an exercise game against the bot.

Start learning by playing with the bot first. The people you meet in the game won't be friends if you burden the team in the game. Another way to play with bots is to join the Co-op bot match. This type of game is where you can play with your friends or random friends and fight against a team of bots.

Another option if you are tired of practicing with bots you can practice with your friends. The need to remember is, to trouble your friends and ridicule them with harsh words will not make your friend's team-friendly to you. Create a lobby on the play menu and give the password not to let strangers get in when you just want to play with friends alone or you can leave it open so you can play against strangers you meet.

Use the easiest Hero

For a beginner, the Hero selection becomes an important thing. There are 113 Hero options you can use in Dota 2 games. All the heroes also have their own advantages and weaknesses. Besides, these heroes also have different levels of difficulty and wear. Don't miss to find out which role hero in Dota 2 is also important for you to know.

One of the most easy-to-use Heroes is Sniper, you can try to play Hero Sniper first if you're still unfamiliar with other heroes who have a higher level of difficulty. The reason is, this Dota 2 Hero has the farthest attack range in Dota 2 as well as easy to control. Sniper also has an Assassinate kick with great damage, allowing to kill the opponent's Hero from a distance. How to play Dota 2 using this character is also quite safe for beginners.

The term auto-attack relates to the last hit, which is the most important procedure for you to master Dota 2. Why should you leave this habit? Because auto-attack will only complicate you to get the last hit as much as possible. The second reason, auto-attack will push the creep forward into the enemy's tower, which results in your hero being in a dangerous position, because enemy heroes are more likely to butt your heroes that are already too advanced from the safe limit.

The Minimap located on the lower-left end is not without function. From that little map, we can see and predict the position of the enemy hero. When no enemy Hero icon is visible on the mini-map, you should go back to the safe point. Why? Because it can demonstrate if the enemy team is doing mobilization to butt your hero.

Whatever hero you play, preferably always bring the Town Portal Scroll item, the function of the item with the price of 50 gold that is to carry out teleportation. Why is this item important? Because this item can be a lifesaver when you are pursued by enemy heroes. A little bit of feedback on how to use the Town Portal Scroll when pursued enemies: look for a conducive location before teleport.

On the other hand, the Town Portal Scroll is also able to be the life lifesaver of your peers. When the teammates are in the Gank by the enemy, you will be able to teleport to the nearest building/structure and save it from death. Long story short, we recommend leaving 1 slot item to bring the Town Portal Scroll.

Don't buy shoes in the beginning

Boots of Speed, an item that costs 400 gold. This Item has the usefulness of adding 45 movement speed. New users in the Dota 2 game usually exclusive buy this item at the beginning of the game. Shortcutgame recommends you should not exclusively buy this item because your initial gold is much better traded more powerful items at the beginning of the game resembles Tango, Healing Salve, Faerie Fire, Clarity, Magic Stick, Iron Branch, Stout Shield, Quelling Blades, and much more. After having 400 gold from the farming, Boots of Speed is one of the options for the first item purchased for your hero.

Don't forget to adjust the settings correctly before you start a game. The right arrangement will bring you the right people.
The most important setting is the server location (regional) setting. It is advisable to choose a close regional (e.g. you in Indonesia and choose the location of the Southeast Asian servers) so that you do not feel the lag in the game. Players who choose a server located far away from where they live will usually feel the lag in the game (e.g. you're in Indonesia and choose a game with a United States server location).
You also have to pay attention to the language settings you use, because using a foreign language will complicate you in understanding the terms in the game. This certainly becomes an important key in the process of learning how to play Dota 2.
Make sure that your Internet connection is strong and stable so that there is no lag in the game (the game goes intermittently). Remember, even if you're great at playing a type of Dota 2 game, the lag will make you play like a beginner.

The Rune in the Dota 2 game really helps your team progress. At the beginning of the game, there will be four ' Bounty ' runes that will give the hero an extra gold. If you play in Midlane, controlling the rune is an obligation. For those who are on the other lane, able to help remind Midlane players or able to pick up themselves before being taken by the enemy hero. And here's the type – the rune type in Dota 2:
Bounty Rune at the beginning of the game (zero minutes) gives gold of 100. Furthermore, the gold given is 50 gold and gives experience equally large. As time goes by, the amount of gold and experience you can get continues to grow. Bounty Rune increased two gold and five experience every minute. Since the 7.00 patch, Bounty Rune has moved somewhere. Bounty Rune is now in a strategic position near the Safelane and offline forests of each team. These four Bounty Rune have to be maximized each team, don't throw away the Bounty Rune!
This Rune will give you a maximum movement speed (550) for 22 seconds, which you can chase or run from your enemies! Haste is one of the strongest runes in Dota 2. But, doesn't it mean that Haste has no weakness, what are the weaknesses? Purge! Haste can be eliminated by the hero carrying Diffusal Blade or skills that have Purges such as Ultimate Shadow Demon, Tornado Invoker, Ultimate Doom, and Oracle's Fortune End.
This is the mainstay of the hero hitters, especially if it is not Double Damage! This blue rune is indeed a rune that can change the direction of a match. Having Double Damage earns you a damage bonus of 100 percent for 45 seconds. Double damage is always useful, both in early and late games. In early games can help you do last hit and torture enemies, while in the late game can be used to kill enemies! Does Double Damage make our hero Damage doubling? Actually, not really. Double damage gives only twice the bonus of the base damage (attribute). Double damage does not multiply damage derived from items such as Desolator, Monkey King Bar, and Daedalus.
The most recent Rune in Dota 2 is Arcane. When your hero has Arcane, your skill will decrease cooldown by 30 percent. You also only need as much as 50 percent of the total required when using a skill. Arcane is a very powerful rune for the hero who relies on long-lasting skills such as the Ravage Tidehunter, Blackhole Enigma, and Sonic Wave Queen of Pain. Arcane runes can also be your stack with Octarine Core, so your skills have a very fast cooldown! Arcane Rune has a duration of 50 seconds, so make the most of it!
Time to disappear! It doesn't have to be a Riki or Bounty Hunter to disappear. Invisibility runes make you disappear instantly! Invisibility runes are very powerful, especially if your enemies don't have a Sentry Ward or a Gem of True Sight. Invisibility has a duration of 45 seconds. Use this duration as well and take advantage of your ability to disappear by making a scout against the enemy. Make your enemies surprised!
Your blood is dying? Where are you exhausted? Shrine still cooldown? Just relax, maybe you're in luck and find a green rune! Regeneration gives you a regeneration of 100 HP and 67 where every second. Total HP and which you can get is 3000 HP and 2010 where. Regeneration will disappear when you hit the damage. Make use of this rune as well as using your minimum when in regeneration effect. Heroes like Storm Spirit and Tinker are very helpful when having these runes, as you can keep throwing skills without fear of running out of nowhere!
As its name suggests, Illusion Rune makes a shadow of your hero. The two shadows created by this rune provide damage of 35 percent but receive damage of 200 percent (melee) or 300 percent (range). If you think Illusion is the weakest rune, you may not know how to wear it! The main power of Illusion Rune is to do the bait, make your enemies think Shadows are real heroes! You can also do stacking camp with this rune or even help push. Every even minute, in the lower or upper rivers will appear also assorted runes, in which all sorts of Rune can serve as props to kill enemy heroes.

When you start to understand the basics of the game, you can play against strangers. If you don't mind the way you play, the gender and everything else you've been teased by people, or if you love to torment strangers in the game, then you can choose to play with strangers. Choose "Play a Match" or "Play a Team Match" (if you have your own team).

That's a summary of Dota 2 game tips for beginners. The Tips above are far from complete to make you proficient in playing Dota 2, but it is quite a concern if you are really a beginner in this game. Playing often, searching for information up to watching a match on YouTube is a few ways you can get to improve your playing level.