For those who are not satisfied with the screen of the Android phone, Android emulator can be an option because the screen is much bigger and also the performance is much better. You can play your favorite games much more okay than if you were using a mobile phone. But still, you have to notice that your Android emulator doesn't take up too much of the place because of too many app installs. 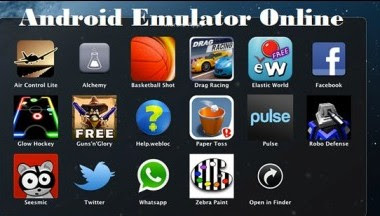 This Android Emulator that will Shortcutgame share is lightweight enough to be used on a laptop or PC, but although lightweight still has a good performance for playing games Playstore. You want to play a game but it is blocked by the limited capabilities of your Android phone. If this is the case, the emulator becomes the most powerful way out. Here's a list of emulators for the lightest PC 2019:

In first-order is Leapdroid which is a newcomer in the world of Android emulator. Although the newcomers but Leapdroid has a very good ability. Equipped with many tweaks to optimization make Leapdroid very popular among the lightest Android emulators for PC.

Besides, you can also play using two different accounts in one screen, aka Side by side with a gaming benchmark score with quite impressive value. Main COC with two accounts and exchanging troops can use this leapdroid.

AMIDUOS has two versions of Android OS that you can make Jellybean and Lollipop options at once which can be run on Windows 32 bits and 64 bits one of the advantages of AMIDUOS is the very user friendly interface that supports multi-touch zoom and Pinch so if you've got a touch screen emulator Android This could be your choice.

The next Android Emulator is Andy, which gives users more flexibility to explore more of the Android features. Andy's powers include support for the very complete Android interface. In addition to using a wireless connection such as Wifi or Bluetooth can make a smartphone as a controller.

Bluestack is the most popular and most widely used Android emulator. This Emulator has been there for quite a while and has often gotten updates to improve performance. The latest version is Bluestacks 4 and you can download it for free from the official web that you can choose between an offline installer or an online installer.

What makes Droid4x interesting is the add-on support, one of which is to use your phone as a controller. Okay really for playing games like Asphalt 9: Legends. Besides, the shape is simple and easy to understand make you have to try this Android emulator this one.

If you're a developer, then Genymotion is the most suitable choice for you, since you can test apps or games on different devices. So you can customize your app or game with the real state of the phone without having to have the phone.

If you're tired of the many circulating Android emulators, you can try LDPlayer which is made especially for gamers. Where speed, stability, and multitasking capabilities become the main focus of this application.

MEmu is highly compatible with AMD or Intel chips, with updated versions being able to adapt to the latest apps. Already have root access, besides, it has a sidecar full of many additional features and functions.

NoxPlayer is the best recommended Android game emulator that means you'll have to try NoxPlayer for the best quality of your game. Besides, NoxPlayer has a utility and additions that specifically help the player control the game using the keyboard and mouse.

Originally designed for PUBG Mobile players who want to play on a laptop or PC, the Tencent Gaming Buddy Android emulator can be used to play more games. The feature of the emulator is that it has direct support from developers to keep it updated to make it more game friendly.

So review and recommendations about 10 best lightweight Android Emulator for PC in 2019, are you using which one? Or do you have other recommendations? Look forward to the latest news around gadgets and games only in Shortcutgame.