A game will eventually give an impression to each player. Games have resulted in some effects, such as games that if played will make players curious, or feel happy, or annoyed by failing to run a mission.
That's the game, and the fact for game lovers is not the odd thing for The Witcher's class console games. And game lovers would already know The Witcher 3: Wild Hunt which became the coolest and awaited game in the year 2015. This was due to his delay in the third game of The Witcher. 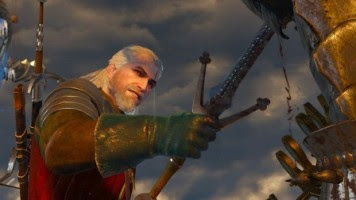 10 Unique Facts The Witcher 3: Wild Hunt you must know!

A great game originating from Poland becomes a seriously developed game and produces a dazzling look of games and can provide a fun game especially for the lovers of RPG type games. Yes, that's The Witcher 3: Wild Hunt that comes back to better quality and new things that will make everyone curious to play it.
And here are 10 interesting facts that you should know before you finally play The Witcher game.

1. The Witcher 3: Wild Hunt has postponed The release

This fact makes a lot of gaming lovers feel disappointed, The reason The Witcher game should be released last year but officially declared postponed and finally this year The Witcher 3 re-release. Although postponed, the Animo Society especially console game lovers remain much even more considering the trailer of the game is very memorable and so fantastic.

If you want to get The Witcher 3: Wild Hunt game quickly and easily, it doesn't hurt to pre-order. And so you will get 16 DLC for free at no extra cost. One of the DLC is the unique DLC is the DLC that can stop or disable the growth of the beard and hair of Geralt.

3. Has the longest duration

This generation RPG or third version of Action game turns out to have a long game duration. He said The Witcher 3: Wild Hunt was able to be a game that had a duration of more than 200 hours to play. It was not immediately through a prediction but was directly said by one of the senior Game Designer CD Projekt from RED named Damien Monnier. He said that his duration would indeed be true long and spent more than 200 hours to complete the game.

Because the release date was delayed, The developer did not want to give a disappointment to his fans so The Witcher 3: Wild Hunt gave a compress by presenting an exclusive video that has a duration of about 15 minutes featuring gameplay The Witcher 3. Just try to see the video using HD resolution and speakers to feel the thrill of playing the original game.

5. The cinematic scene is different from other games

The look of the game The Witcher 3: Wild Hunt is different from other games. The move between striking and thrilling battles with conversation scenes and others looks smooth and gives you an experience like watching a Hollywood movie.

6. The Witcher 3: Wild Hunt was released on various platforms

To facilitate the fans of The Witcher console game, the developers will deliver the game releases to a wide range of platforms starting from PC, PS4, and Xbox One. Furthermore, it will continue to be developed so that it will be easily enjoyed on other platforms.

Geralt, one of the characters and character of The Witcher 3: Wild Hunt will easily appear to have a beard that grows dynamically. In Season 3 If the beard is not taken care of, it will grow very dense can even beat the beard of Gandalf. But for the lazy ones take care of the beard and Geralt will present a DLC that can disable the growth of hair and beard so there is no need to take care of it anymore.

8. Game difficulties begin to be seen in The Witcher 3: Wild Hunt

The difficulties of the Wild Hunt games this time there will be four difficulties. Each difficulty will be differentiated based on monster skills. But unfortunately, the big lives will always be the same despite the difficulty is different. Then the player must be good at making and doing strategy.

The Witcher Game consists of several main missions and several additional missions. All missions feel important and will be found following the extent to which gamers explore the game. The main mission has a lot of obstacles and problems that must be conquered and resolved.

Also with additional missions that are not less fun so the game will continue. The main missions, in general, can be solved within 10 minutes, as well as side missions or additional missions. Then it is not wrong if this game became the longest game ever.

10. More fun playing with a gamepad

Instead of using the mouse, it would be more fun to then play The Witcher using a gamepad that will give better flexibility to the fingers to give the command a signer to the character and the character of the game played.

That's 10 of the most unique and interesting facts about The Witcher 3: Wild Hunt that will make you feel curious about the continuation of the game console and want to immediately feel the thrill of playing in Season 3, Wild Hunt.

The Witcher Game game will be even more interesting and awesome if the resolution of your PC and your playing platform is okay and high-resolution because The cinematic appearance of The Witcher game will make you get carried away with the atmosphere and be amazed. The Polish Game is seriously directed and gives maximum correct results.