The game developed by the developer Moonton is the most popular Moba game in the world today. The main element in the game Mobile Legends is a hero that can help you achieve victory because it's a lot of players that the Kokoro hero wants to match with the character he played and win the victory. 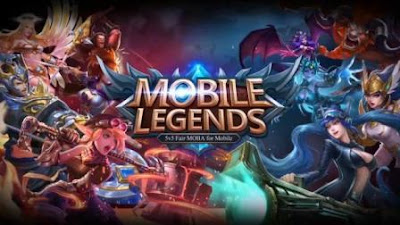 But unfortunately, to get the desired hero, must spend some money to buy a diamond that can later be used to buy heroes in the game Mobile Legends. But do you know that you can get the hero on Mobile Legends for free?

Even if you're comfortable using your flagship hero, you can also try and use a new hero that's released with ease. To be able to get this free hero only takes a little effort, anyone can earn without exception.

Check out how to get free heroes in the following Mobile Legends:

The first way that can be done to get a free hero for beginners is to follow the tutorial provided at the beginning of the game. This Tutorial is intended to let new players understand how to play Mobile Legends before they dive into the game.

This is the easiest way you can do but long enough to get it. If you get a double BP card take advantage of it because you will get a doubling Battle Point every time you win. The average hero has a Battle Point value of 32,000 and a few 24,000, but there are also some heroes like Eudora, Nana, Bane and some others who have a pretty cheap Battle points that you can buy to complement your hero at the beginning of the game.

By often opening chests and medals, you'll have the chance to get fragments that you can then redeem with the free heroes of Mobile Legends in the fragment store. In addition to playing Lucky Draw, you can also get a chance to get this fragment. Another way that you can also follow is to follow a fragment-giveaway event, but you have to be patient because the event is quite rare.

This way you can do if you already have a capable Hero skill. You can stream and when your audience loves your action or game style, you'll get a chance to get a free diamond. This free Diamond will be able to redeem free heroes. The amount of diamonds you can collect here is different:
5. Event Hero Mobile Legends Free

Countless times Moonton held a free hero event by completing a pre-defined mission. One of the free heroes of mobile legends obtained through the event was Faramis and Bellerick which had been released a few months ago, Odette was also obtained for free through the jigsaw event but now you can buy it by collecting Fragments. Relax, there are still some events ahead of Moonton planned to help you get free heroes.

This is a special event that can not be obtained by all players. This Event can only be obtained by players who have long left the game and then login again after a certain period. To get the hero you have to complete some missions given to you and after the mission is completed you will get a mobile legends hero for free.

For new players is an event that is not to be missed, because by following this event you will get free 5 heroes and 2 skin Mobile Legends for free. It's quite easy that you only have to login within 7 consecutive days. The five heroes of Mobile Legends that you can get for free are Tigreal hero with the role of Tank, Saber Hero with Assassin role, Miya hero with role Marksman, Balmond hero with role Tank and Nana hero with role Support/Mage.

You can get a Ticket in several ways, by opening the free crates or medals or through the daily login event. But the easiest way to get a lot of a ticket in a quick amount of time is to bind your Mobile Legends to account with your Moonton account for the first time and you will get a 200 ticket and after the end of the season, Number varies according to the last rank you get. The two popular hero tanks Akai and Franco can get by redeeming the Mobile Legends ticket.

Lucky Draw can be played using the 20 tickets you have. If you are lucky you can get a free hero just by turning Lucky Draw, there are enough gamers who get free heroes this way. Besides, you can play the lucky draw for free within a certain period of time. Not only the hero you can get here, sometimes you can get skins, fragments, magic dust or emblems.

This way is not 100% free, you have to spend capital to buy a diamond in any nominal. But interestingly there are some places to buy and sell diamonds that provide nominal diamond is very cheap and you can pay by using credit, one of them is Codashop which provides 4 diamond for Rp. 1.500 that you can pay using your credit balance. You can get Freya, a pretty powerful fighter hero for free.

There is a weekly hero rotation that you can use for free in Mobile Legends, although not permanent but enough to try out heroes before you buy them in the above way. This is intended so that you can try the hero you want first so that your purchase will be useless. Not all heroes will be free, accounting for only 8 heroes that will be free each week rotated every Friday. But this hero is not you can use in Ranked Mode yes.

So tutorial to get the hero of mobile legends for free. Stay tuned for the continued development of Mobile Legends games only in Shortcutgame.