PC (Personal Computer) is not a gaming platform, but along with the development of the era, PC became one of the game's "platform" in demand. Lots of great games including PS4 games born from PC, CryEngine class engine games are made using PC. The presence of mods that make the games more interesting when played on the PC does not doubt to make the gamers choose the PC as their gaming platform. But behind all that, not a few gamers also think that Gaming PCS are expensive. This time we will discuss 4 tips for you beginners who want to plunge into the world of PC Gaming 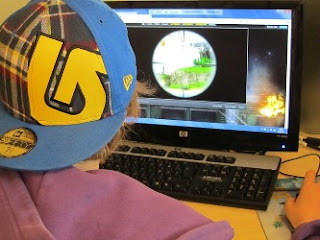 1. Find Out What You Need

It's possible that many of you already have a desktop PC to simply Browse, watch YouTube, send e-mails, work on tasks, or so on. But, did you know that in the PC there are a variety of components in the CPU that you need for your PC you can use to play games? Starting from Processor, RAM, VGA, and HDD. Find out what the lowest PC specifications you need to play a game by browsing the lowest PC specs needed to play the games you love on the Internet. That way you'll know, your PC's specs are now pretty or not.

For example, you want to play GTA V and for example the lowest specs required for GTA V is the i5/AMD FX core, 8GB RAM, 1GB VGA, and 60GB HDD, once you've learned the PC component yourself, you have a PC that fits the specifications, but not Your VGA is still being low. From here you know what you need, you have to buy a new VGA to upgrade your PC to play GTA V. It can also make you a bit of frugality.

2. Research and Learn PC Hardware on The Internet

The most important thing you must do next is to do a good PC hardware research on the Internet. Maybe this is something very annoying for you, especially for you who are still public in the world of PC Gaming. You can start from a processor that is divided into two AMD and Intel brands, how the specs of both the type and speed of the processor, how many cores you have, how the functions of each component in the processor, how the difference Each component, up to what type of socket the processor has. You can also do similar things in the next components such as RAM, VGA, HDD, Power Supply, and so on.

It's annoying if you have to remember and learn hundreds of different types of processors and components. But believe me, when you already know most of these types of components, you will be wiser in choosing which components you should buy to assemble a new PC or upgrade your old PC without having to waste a lot of money in vain. I also feel it when I first plunge into the world of PC Gaming, maybe I still can't be said perfect for this like an IT expert in general, but at least I know exactly what PC components I need.

3. Adapt to What is Needed

The 3rd point is almost the same as the 2nd point, you have to customize your PC components with what you need. For example, you want to assemble a PC to play Battlefield 3-class games, with high graphics settings and 1080 pixel resolution, so you'll need to customize your PC's specs with it. It would be a waste if you assemble your PC with "monsters" specifications such as Intel Core i7 4.0 GHz, 16GB RAM, GTX 780 4GB GDDR 5, and 2TB HDD but only you use to play games like League of Legends or DotA 2 that only need PC specifications are not so high.

Unlike the story, if you assemble your PC to play high-resolution games or assemble PC not just to play games. For example, you want to edit videos, create 3D animations, or VFX-class VFX (Visual Effect) rendering in the Transformers movie After Effect. Then the "Monsters" specification I mentioned above is mandatory. Adapt to what you need, don't waste your money just for things you don't need.

Besides being able to buy or upgrade the PC, saving can also drop you to buy the original game. Okay, I'm not hypocritic here, indeed you can play pirated games on PC for free. But, are you not sad if your favorite gaming developer goes bankrupt and doesn't produce your favorite games due to piracy? One way that it doesn't happen is to buy their games.

Buying original games doesn't have to be expensive, you can buy original PC games with massive discounts on Steam summer sale and some discounts provided by Origin (EA), uPlay (Ubisoft), and a trusted local original game seller. Some of the discount events that you need to record include steam summer sale, Christmas sale, and winter sale. By purchasing the original game, it is indirectly that you appreciate the hard work of the developer and support the developer to stay alive to keep your favorite games in the future. Isn't it an achievement for you if you can assemble/upgrade your PC and buy your original game with your screed?