Fortnite Battle Royale is a huge multiplayer online game, involving 100 players from each other in a virtual world. The game was inspired by the concept popularized by the Japanese novel Battle Royale, where the last person standing was considered the winner. 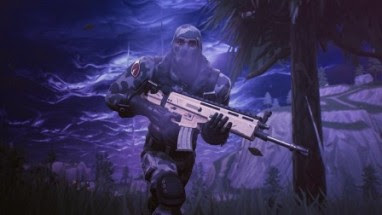 Players are dropped into random areas in a location where they are free to pick up weapons to defend themselves. Players must keep moving to stay in the game. Just like in novels, danger zones appear throughout the site as the battle progresses.

Players in danger zones must run to safe areas as quickly as possible, otherwise, they risk being eliminated from the game.

For those of you who have played the game Fortnite Battle Royale, must have known the game is equipped with a unique weapon and also deadly. To win the game, you also have to know the best ways and weapons you should use when fighting in a mobile Fortnite game. Here are 4 best-rated guns in Fortnite game:

Finding the best weapon to use is time-consuming, but the result will be satisfied when we have used it. For those of you who are still confused should use any weapon while in the game Fortnite Mobile. Here are the best weapons of Fortnite mobile that you should use:

In the game Fortnite Mobile, surely there will be no player who does not want to use Rocket Launcher to battle. Because of this, the deadliest weapon has a very terrible damage level. By using Rocket Launcher players will very easily destroy the fortress created by the enemy. Despite being able to produce enormous damage, the weakness of the weapon is at a slight and hard-to-find number of its decay. So, for those of you who have Rocket launcher, you should use this weapon wisely and not waste bullets.

Sniper Rifle also includes the best lethal weapon in every Battle Royale game. Like the slogan that is often used for this weapon is "One Shoot! One Kill! ". So to use sniper rifle type guns requires accurate shots. You can easily headshot the enemies that are dwelling with this weapon because the accuracy and damage of the weapon are very good. But the weakness of this weapon is difficult to use to shoot the enemies that are moving. You have to play patiently and wait for the right time to shoot and kill enemies with this weapon even at far distances.

SCAR is a very popular weapon among the players of Battle Royale games, not only in Fortnite, in the game PUBG and Free Fire guns are also a favorite of many players. Because Scar weapons have accuracy and can result in high damage. You can easily kill enemies from close quarters and remotely. You can get this weapon of an assault rifle in the scattered crates or take it from the users of the killed SCAR weapon.

For those of you who like close combat, Tactical shotgun guns are the right choice. The reason for the tactical shotgun has a slow fire rate, but it has very high damage, so it can help players to confront enemies from a close distance. This weapon is very useful for battles that happen suddenly because an enemy that appears to suddenly appear near us.

Read More:
That's the best weapon of Fortnite that's highly recommended for you to use when fighting on Fortnite Mobile games. Of course, to get Victory Royale is not entirely dependent on the weapons used, the abilities of players who use weapons are very necessary.