Multiplayer Online Batlle Arena, or MOBA, is the genre of the most demanding games for both local and world gamers. One of them is the Mobile Legend game made by Moonton. For you who are already playing this game, surely want to be a pro player? Shortcutgame will tell you 5 secrets so you continue to win and become a pro player. 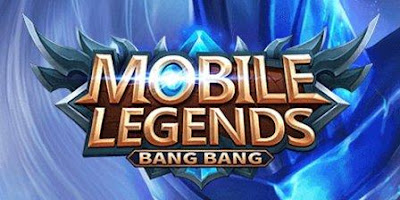 60% of losses originate from hero determination. For beginners usually do not pay attention to this, whereas the core of MOBA games is defended the Tower. This is a team game. So for those of you who want to be pro player one of the keys is can cooperate with Team, not selfish! Choose a hero based on team needs. The pro player usually determines the hero with 5 positions Marksman//Fighter//Tanker//Support//Magic

Choose among 1 hero above that have not been taken by your team, remember the large percentage of MOBA wins is due to the determination of the hero.

Even though you have determined the hero correctly and unselfish, in the case of taking the position you should also know it so that your tower team is not quickly destroyed. For Marksman//Magic usually, the Pro player gives Solo on Midlane, so that player mm has a lot of gold and exp.

In BotLane Fighter//Support//Magic 3 hero 1 Lane This is the purpose of the enemy tower is more quickly destroyed and the whole player gets additional GOLD. While on TopLane is usually only in the contents of solo player namely Tanker or Magic function is as a defense so that the tower is not quickly destroyed.
Here is a positioning strategy is done by Pro Player:
3. Hero Strategy

Already determine the hero and position a good next step you should be able to control the appetite to kill the enemy, for the first minute minutes when enemy heroes are already up to their tower never in chase, focus on the game let your enemies return to Blood fill fountain.

Use this opportunity for farming, use your skills to quickly kill the minion, and after the minion runs out to kill the jungle monsters and flip again to your position. For those of you who have support in the status always behind or hiding in the forest avoid opponents to see you. But still, keep the distance on the Fighter and Tanker. Then in the position of Tanker remain always in front protect your Fighter or Marksman

Well, for this item is also a one-way pro player to win the game, do not get too hung up with suggest top player items or other, take note of the enemy and determine what item you will make.

And the last secret is the epic comeback where the initial position of your losing team or tower suddenly can win the game, likely, only 1% when you have been playing do not easily give up, a lot of novice players who have given up If the tower loses and kill.

That's the secret of professional players can win hold in the mobile legend, the conclusion is you have to learn and always try to keep you know your weaknesses.