5 Tips and Guidelines for Playing Dota 2 for Beginners

Fans of the multiplayer online battle arena game genre (MOBA) are certainly familiar with the name Dota 2. MOBA which is a modification of the Warcraft III video game has been around since 2011. The development of esports that continues to grow and develop over time makes this game very popular until now. In fact, last year, The International, the annual tournament organized by Valve had a total prize of 25 million dollars. 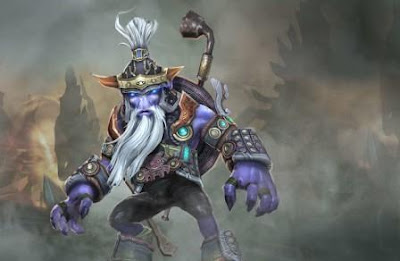 Uniquely, the release of MOBA on the mobile platform makes Dota 2 a little marginalized. Adjustments need to be understood so that you can play well. Especially if you guys first played MOBA mobile before touching Dota 2.

For those of you who are curious about the game, actually, Dota 2 is not difficult to enjoy. Even though the game is complex enough to be played at a high level, you can easily enjoy it for fun with friends. Well, Shortcutgame will share a Dota 2 play guide specifically for beginners, see!

1. The last Hit is Important

For those of you who might have basic MOBA mobile play such as Mobile Legends or Arena of Valor (AOV), remember, that the true MOBA requires last hit skills. Because in Dota 2 Gold can only be obtained through the mechanism of the last hit. That means you have to kill the enemy at the last moment. If you don't get the last hit, even Gold will not be able to get to make your hero become poor.

Not only that, but Dota 2 also has a mechanical system where creep equilibrium (or better known as minions in Mobile Legends) can be denied or team minions that you can kill yourself to reduce the amount of EXP that your opponents will get. In fact, in the last Dota 2 patch, you can also get Gold by denying.

Most MOBA players are generally divided into two, either too easily bored because of their work fighting constantly, or never die because they are always afraid to move forward. For those of you who have just jumped into the world of Dota 2, dying is nothing new.

You can get a lot of experience by trying to fight and die on the battlefield. What's more, you don't need to worry if you die, because Dota 2 has a buyback feature that can instantly turn on your hero by paying a certain amount of gold.

3. Learn the Abilities of All Heroes

Currently, there are 117 heroes in Dota 2. Knowing the abilities of all the heroes is indeed not an easy thing. Especially if you can only play one or two heroes because they feel comfortable with the hero. It will later close your chance to explore your knowledge of Dota 2.
Never be afraid to try new heroes even though you will be impressed as people who can't play. The experience that you get will help you become better players. Don't forget that the process will not betray the results!

You need to realize that the thought of playing a hero core or carry is an easy hero is a big mistake. By playing as a core, you just have to be able to master various skill mechanisms needed. Not to mention extensive knowledge about the game.

Now, by playing Support Hero, you can actually learn a lot from the core players that you support. How to secure last hits, timings when using skills, and even item selection under certain conditions. Remember, there are no core players who can't play Support. So don't be shy to play Support, okay!

Like the theme above, that not everyone has mastered or is good at playing Dota 2. Surely, you certainly don't want to be bullied because you are still beginners at playing Dota 2? Everyone must have a different start. So it's natural for you to meet a teammate who might not have fully mastered Dota 2.

It would be nice if you were supportive of them and gave input in a good way. Instead of berating or even making fun of them. Undoubtedly, the game will feel more exciting and fun. Besides, the name is also a multiplayer game, it would be more fun if played in a compact, right?

Read More:
Which of you just started playing Dota 2? Please share experiences or questions in the comments column, please! Also, keep up with interesting news and posts about other video games only on the Shortcutgame blog!