5 Hero Dota 2 Characters You Must Know!

Dota 2 has been released since 2013 ago. Even so, until now its popularity never faded among gamers. Every day, millions of gamers around the world enter the Dota 2 battle Arena as one of the Dota 2 heroes. This popularity is not detached from the many things that can be explored in Dota 2, from the gameplay, features, to the heroes ' characters. 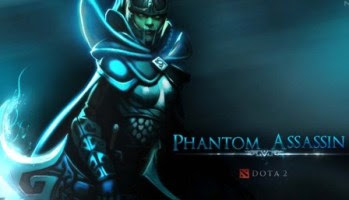 Well, so you can dig up your hero's skills to the fullest, it doesn't hurt to learn the background of their story. Further acquaintances with some of the characters of the Dota 2 hero below!

In Dota 2, there is a place called Nishai that is known to have suffered from earthquakes, causing the geographical conditions there to change frequently. Because of its dangerous condition, not many beings are living in Nashai. One is Earthshaker, which is the son of the Earth itself. He is told as a lasting creature and can change his form to whatever he wants.

Earthshaker spends much of its time sleeping in the ground. However, one day there was a great earthquake in Nishai which destroyed the mountain and the land is divided. This incident made Earthshaker awake from a long sleep. He was aware of problems around Red Mountain and from that moment he named himself with Raigor Stonehoof. Earthshaker attempts to defend Red Mountain from a supernatural rampage using his milky-made totem.

Ogre Magi, so clever because it is headed 2

Ogre inhabitants are described as the most foolish creatures in Dota 2. However, in every generation of ogre peoples, there is two-headed ogre that has great intelligence. One of the two-headed ogre is Aggron Stonebreak, or commonly known as the Ogre Magi. Due to this different condition, Ogre Magi has become an intelligence with magical abilities. Not only is it clever, but the Ogre Magi also has a pretty high fortune.

After Elder Titan divides the world, creating seven dimensions in Dota 2, including the Elemental Plane inhabited by a mysterious figure. This person has many powerful troops that each member wore rings on the nose to mark that they are the people's fruit. One of the most loyal members of the team is Barathrum or Spirit Breaker.

Invoker, the most genius witch

You certainly know that in the witch in the Dota 2 hero has limited magic science. Each witch is usually only able to remember up to four pieces of magic, depending on each level of intelligence. But, there is one witch genius in Dota 2 that can remember the ten kinds of magic, namely Invoker. It can even instantly release the magic, without having to remember first. Interestingly, Invoker still has space in his brain to save more magic, but he chooses not to do it.

One day, an Elementalist named Thunderkeg used Forbidden Magic to summon rain, which made a lightning-elemental creature named Raijin to come down. Annoyed by Thunderkeg's deeds, Raijin destroys the area. Unable to fight him, Thunderkeg finally unleashed his suicide magic. However, the magic precisely made Raijin confined in Thunderkeg's body and created a creature named Storm Spirit.

So, which hero character is your flagship in Dota 2, spAcer?

Read More: 7 Hero Dota 2, The Strongest That Ever Existed and Became an Idol