5 Most Effective Duet Heroes in Dota 2 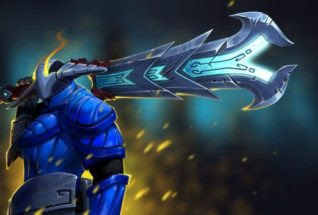 Here's a selection of the most powerful duet hero to be applied in your game!

One of the very strong safe lane couples is Shadow Shaman and Ursa. Shadow Shaman was able to help Ursa to capture his enemies with the ability of Hex and Shackle. Each Offlaner who faced this death duet must be very careful because if caught, it will be ensured dead. Both of them are great initiators if they have Blink Dagger to be able to the battle area.

On the one hand, Ursa's damage was not too large to be able to destroy the building quickly and this is where Shadow Shaman could play an effective pushing with his Mass Serpent Ward.

In addition to the combination of Carry and Support, you can also ensure victory by choosing the core heroes whose abilities can be synergized. Chronosphere belongs to Faceless Void always has an important impact to start the fight with a fairly wide trap range. Invoker is one of the magic heroes that some of his skills have an area effect with enormous damage. This is where the combination of Chronosphere can be coupled by the presence of Chaos Meteor or Cataclysm from Invoker that can hurt many enemies at once if trapped inside.

On the other hand, Faceless Void & Invoker is the opposite hero and each other can be used to be a counter. So you have to start to be sensitive to support each other to complement each other. Seriously Deh, anyone opponent if already trapped the same Chronosphere, Invoker will be able to give very high damage with Cataclysm.

The couple can have a considerable impact on the match. Sven who already has the passive ability Cleave makes it have splash damage. This capability can be strengthened with the help of Magnus ' Empower buff. Sven who also has the ultimate ability of God's Strength can make him multiply the damage he has and if reinforced with the help of another 40% additional from Magnus, this will maximize the damage score from Sven.

Read More:
Magnus had the unique ability to be able to do crowd control with his ultimate, Reverse Polarity. If used with very good timing, the enemy hero will be hit and concentrated at one point. Sven must be able to follow the momentum by directly performing a stun area with the Storm Hammer and damage effects from Cleave and God Strength abilities that he has can certainly sweep the enemy team in a moment.

One unusual combination but would have a crucial impact was Crystal Maiden's death duet with Phoenix. The ultimate ability of both heroes that provide high enough damage areas plus slow effects and stun at the end of the Supernova can be a fatal threat. The enemy will be confused to choose who to stop between Phoenix and his egg form when the Supernova or Crystal Maiden is dancing with Freezing Fieldnya?

Dota has a unique mechanism and lo can see that Crystal Maiden had a special sound response for Phoenix at the beginning of the game: "I'll freeze them and you shatter, Phoenix". This is a hallmark if they are heroes who can support each other.

The pair is unique and has a background, especially during the Nemesis Contract event and when Oracle was first issued in Dota 2. Further than that, you can see if both of them can be complementary or just opposite heroes starting from their relationship in the story that departs from friendship to hostility. Phantom Assassin could have been killing Oracle due to his Coup de Gracenya abilities, but on the other hand, Oracle could have weakened the Phantom Assassin with Fate's Eddict which would give it a disarming effect.

When you become a team friend, they can be a very scary duet. Although Oracle was unable to give a buff to Phantom Assassin, he was able to keep Phantom Assassin from dying with False Promise and had a considerable impact on helping to eliminate enemy heroes one by one with the help of still purifying Flames he had.

Well, you should be able to support your team members from now on. Try to always select the hero pair above if your team member has already started choosing one of them!