6 Bad Things That Could Possibly Happen if PUBG is Blocked

Currently, the middle of many ' PUBG blocked ' issues. If later proved to be an adverse effect in the morning of the player, Kemenkominfo is ready to block access to the PUBG game itself. Of course many do not like this, especially the PUBG players themselves. They don't like the blocking of beloved games for no reason. PUBG players also think of the fore impact if the game shouldn't be played.  What happens if the correct PUBG will be blocked? 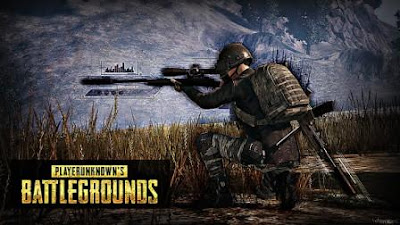 It is undeniable that PUBG Mobile games, in particular, are later one of the most gamer-played idol games in the world. Well, what happens if later blocking is done against Tencent's games.
There are several possibilities that will happen not only in the PUBG community but can also affect other games. The authors have summarized their unrest in the following six bad things.

Bluehole, a PUBG game developer, will certainly know that the game is blocked.  They could have turned off the PUBG service for a country. Simply like this, what does Bluehole provide service if nobody is using it and not getting profit?
So does Tencent, a game developer who takes PUBG Mobile to a country. They probably won't be releasing other games for our country because they feel the game is potentially blocked as well. That's why game developer Trust can be lost.

2. There is no PUBG Esport race again in some countries.

Here's the main issue if PUBG is blocked. Although the professional PUBG player does not exist, regular players remain there. However, they cannot participate in the PUBG Esport competition because no one has tried it. Why? Because PUBG blocking also signifies a country prohibits its people from playing the game, there is no event organizer who dares to violate country rules.

If there is no access to PUBG, the professional PUBG player wants to play what? If you're playing Free Fire, then it's a professional Free Fire player. That's the first impact of PUBG's blocking realm. There will be no professional team playing PUBG. Joining the international PUBG Esport is also not able to.

4. Similar Games Will Also be Blocked

Not closing the possibility of other similar games will also be blocked. PUBG is not the only game that contains the ' hardness ' element in it. There are still many other Shooter Battle Royale games active in the world, and even the Fighting and Action games that clearly look ' violent ' are also threatened.
If a bit-a bit of a game block, we want to play what?

If PUBG is blocked in a country, it cannot be played automatically. However, the competitive taste of the player will not go away. Most PUBG players are going to move to a similar, safe Shooter Battle Royale game like Free Fire, Apex Legends, and Fortnite. Others might be a temporary hiatus from the Shooter Battle Royale game while looking for ways to play PUBG again. Roughly, which type are you?

6. Can not Participate in International Tournaments

This is a domino effect especially related to PUBG as an esports. If a PUBG game is blocked, there is probably no PUBG tournament in the country. In the absence of such games in a country, and continuing there are no tournaments in certain locations, then it could be a country is no longer a participant in the International PUBG tournament.

That's 6 bad things that could possibly happen if a game with tens of millions of users is on the block in a country.