Home TV SERIES 7 Best Character of The Game of Thrones

7 Best Character of The Game of Thrones

Game of Thrones is a TV series made by HBO which is now the highest-ranking, most expensive and most-watched series in the entire world. A very interesting story about the struggle for the throne, of course, is the reason why Game of Thrones can be the number one serial in the world to beat other series. 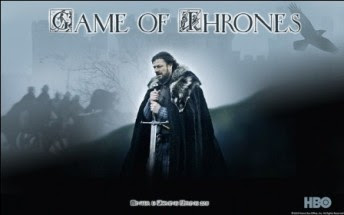 Forget if Ned Stark is the Game of Thrones character who dies the fastest. Apart from that, Ned is a character with a realistic and obedient character. He is the ideal leader to lead the 7 Kingdoms. He never chose to love everyone, including Jon Snow, who was his illegitimate child and even Theon Greyjoy. Dear thousand dear, if Eddard Stark did not die, maybe the Game of Thrones story would never exist.

Littlefinger is known as a character who is good at manipulating himself. proven in season 1 he managed to fool Eddard Stark and the audience. Littlefinger is one of the brightest and most slick characters in the GoT series. Even so, he has not been able to fool Sansa Stark and even himself trapped in love with Sansa.

Although Jaime Lannister is better known as an evil character, Jaime is a criminal who has a brilliant brain, it was proven that he managed to break away from Rob Stark's camp when he was captured after the beheading of Eddard Stark. Jaime always warns his partner, Cercei, to be careful in making decisions that can harm Lannister.

As the only member of the Targaryen house that remained and was about to reclaim the Westeros iron throne that had once belonged to his father, Daenerys indeed felt natural to have the motivation to retake his father's throne. Together with the three dragons, Mother of Dragons fought hard from Essos to King’s Landing to ground the Lannisters and Baratheon. During his journey from Essos to Westeros, Daenerys only learned that the tempest occurred in Westeros after the death of King Robert Baratheon of Tyrion Lannister who met him then they both allied to kill Lannister at King’s Landing.

Arya Stark at the beginning of the story is just a stubborn and innocent little girl, but after the death of her father who was beheaded by Lannister and the Stark family scattered, Arya who traveled with The Hound went through a hard process that formed her character into a psychopath who was intelligent and easily killed people the people who felt he needed to be killed. Already many people have fallen victim to Arya's blacklist. Arya promised to eliminate and even those who had sinned at Stark's house including killing Cercei Lannister at King’s Landing. The ability to kill him full of art, making Arya became one of the favorite characters in Game of Thrones.

This one character does look cool and crazy by the fans of Games of Thrones who are women. As an illegitimate child in the Stark family, Jon Snow is Stark's most useful and most reliable character. Not hesitate to become Night’s Watch and in season 6 was able to kill Ramsay Bolton with the help of troops from Littlefinger at Sansa's request. Jon Snow is the favorite character to occupy the Westeros iron throne at the end of the story. Jon Snow was killed but fans were furious and finally, the HBO decided to revive Jon Snow.

As the only sane house member of Lannister, Tyrion is the most favorite character in the GoT series, even Tyrion is always ranked number one in various fan polls on international forum sites. Don't look at his dwarfed physical appearance and his fighting abilities which are lame, but look at how he thinks, diplomates, lobbies the rulers, and his extraordinary political abilities. His brain was not as small as his size. Tyrion was born with a deformed body and was hated by his father, Tywin Lannister and eventually, his father was killed by Tyrion's own hands.

Read More:
Those are the seven best characters in games of thrones, for those of you who have favorite characters add in the comments column below.