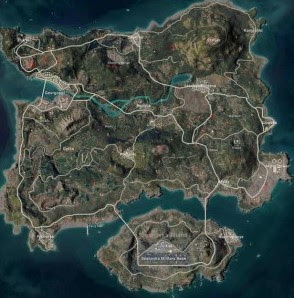 
2. The presence of a black disc player (Turntable)

The presence of a vinyl player (Turntable) is one of the unique ways of PUBG to deliver something different in the game. This tool is scattered throughout the site. Then what is the function?


3. Change of Blue Zone in Erangel

The change of the Blue Zone in Erangel also happens thanks to several feedback from the players. For a list of changes, you can see below:

Not only is the change for Erangel, but there is also a balancing of the weapons that are in PUBG. Here are some adjustments you can see:

Since the launch of PUBG in March 2017, Erangel became the main location of this Battle Royale game. After many folders were present, Erangel started to leave many fans who had already asked PUBG to make changes to Erangel. When paired with Vikendi, Sanhok, and Miramar; Erangel has been very lagging in terms of graphics and gameplay improvements.

PUBG Executive Producer, TS Jang says the company has the goal of entertaining fans with a unique experience when playing PUBG with more realistic battles.