The 7 Most Hated Characters in The Game of Thrones

There are many reasons why Game of Thrones manages to attract millions of viewers every week, not only in America but also from around the world. Besides carrying a curious story, this HBO serial output is also filled with very binding characters. 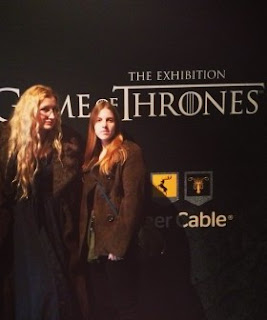 Not only with the action that amazed, but the characters in the adaptation series from the novel by George R.R. Martin also often perform unexpected actions that make the audience annoyed. Their figure is the source of death of some of the most loved characters in this series. Who are they? No need to linger, just you guys check the reviews below!

Mass murderers, opportunists, traitors, cunning and masher are some of the many names that fit Walder Frey. Mastering a strategic fort called "The Crossing", Frey was a figure who was hungry for power. When Robb Stark invited to work together, the 90-year-old grandfather asked Robb to marry one of his daughters as a condition. But when Robb finally married Talisa, Walder Frey changed course and instead collaborated with the Lannister clan, the main enemy of the Stark clan. This betrayal led to the deaths of Robb, Talisa and Catelyn Stark. In the sixth season, Arya who had become an elite killer managed to avenge his brother. Walder Frey died, with most of his family.

The leader of the Lannister clan had a huge grudge against his son, Tyrion. Judged to be the cause of the death of his beloved wife when giving birth to his youngest child, Tywin never considered Tyrion as his child.
Tywin is also famous as a master of manipulation, even Tyrion became one of the victims. Upon his death, Tywin could sleep with a woman Tyrion loved, namely Shae. Filled with anger, Tyrion immediately shot an arrow at the chest of his father, who was sitting on the toilet.

Born into a family not considered, Peytr "Littlefinger" Baelish was determined to be a powerful person. Through cunning and sweet talk, the caste of Baelish slowly rises. Until the reign of Robert Baratheon, one figure could become a master of coin. Fond of lying for personal ambition, Baelish was the cause of Ned Stark's death. He uses his power and orders the palace warriors to capture the head of the Stark family on charges of rebellion. In the end, Ned Stark was killed after being beheaded by Joffrey Baratheon.

This figure is a good example for people who are hungry for power. After the death of Robert, king of Westeros who is also his brother, the son of Steffon Baratheon is intent on eliminating King's Landing to occupy the iron throne. Blocking all efforts to achieve his desire, Stannis could kill his own younger brother to get rid of the competition for power. But the most heinous act was when he burned his daughter, Shireen. Believing that this action could smooth the way to become king, Stannis was successfully persuaded by Melisandre "The Red Woman" of Asshai.

Of the seven seasons, maybe the sins committed by the daughter of the Lannister family have been countless. Starting from blood relations with his brother to various manipulative actions to smooth the way to occupy the iron throne.

Famously cunning and devoid of compassion, Cersei will not think long of killing opponents who block. One of the most heinous acts is to blow up the Sept of Baelor, a holy temple that worships seven Westeros gods. As a result of his actions, all the inhabitants of the temple, Margaery Tyrell and Loras Tyrell lost their lives. This further worsened the relationship between the Tyrell clan and the Lannister clan.

Before he died in the fourth season, this son of Robert Baratheon was the figure most hated by millions of Game of Thrones fans around the world. Not without reason, Joffrey was the king who ordered the execution of Ned Stark.

Selfish and a bit paranoid, the character who is the child of the forbidden relationship of Cersei and Jamie Lannister ordered all the soldiers in Westeros to finish off all the women who had slept with Robert Baratheon, not to forget all their sons were also killed viciously.

In the second episode titled "The Lion and the Rose", Joffrey had to die in marriage to Margaery Tyrell after being poisoned by Olenna Tyrell.

Several reasons make Ramsay as a character most hated by fans, to the point that it goes beyond hatred towards Joffrey. From the beginning of its appearance, it has emanated a sinister aura from this one figure. Sure enough, after seeing the action, it's not wrong that Ramsay is the most vicious incarnation of evil in the Westeros universe.

After capturing Winterfell, Ramsay had the heart to torture Theon Greyjoy until he became insane. He was the reason why Theon was unable to have offspring after his genitals had been cut off by Ramsay. For the sake of eliminating competition, the child of Roose Bolton had the heart to kill his stepsister who was still a baby. Sansa Stark, also a victim of rape and violence by Ramsay. Until in the end, after losing the episode "Battle of the Bastard" against Jon Snow, Ramsay was killed at the hands of his pet dog. At this moment, Sansa Stark coldly witnessed Ramsay's torture until his life was lost.

Read More:
That's seven in the most hated Game of Thrones character. Sadistic and brutal actions that do not hesitate to take power to make their figure not favorite. What do you think?