Home TV SERIES The 7 Smartest Characters in Game of Thrones

The 7 Smartest Characters in Game of Thrones

Game of Thrones is known as the full impression of intrigue and surprise. One aspect of the building is the presence of characters with intelligence in different types. George R. R. Martin, the story writer of Game of Thrones, presented the types of human intelligence through the characters he made. 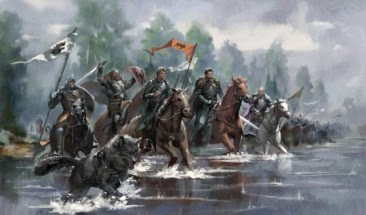 Sam is a smart figure. In a sense, he absorbs a lot of information in his brain, more than anyone else. Not only that, he can even apply the knowledge he received well.
Sam's intelligence can be seen when he is willing to "survive" in the Citadel to learn many things. Finally, he was able to heal Ser Jorah Mormont and knew that the only ones who could defeat the White Walkers were Dragonglass and fire.

Some people are smart because they studied before. However, some put forward logic rather than knowledge. The positive, intelligent people can always convince others. Tyrion Lannister for example.
Although physically lacking since he was a child, Tyrion has an extraordinary brain capacity so people agree that he is an intelligent person. Several times he was almost eliminated, but always survived only because of his words. Daenerys Targaryen also acknowledged his intelligence. Therefore, it is not surprising that Tyrion was trusted by the queen as his right hand.

The figure better known by the name of Littlefinger is also famous as someone brilliant. Unlike the two previous names, he is more accurately called a clever person. Smart people can always take the opportunity and convince others for their interests. Petyr is such a person.
Time and time again we are presented with a story about a two-faced play by a Petyr Baelish. As if agreeing with party A, then he betrayed. His ingenuity made him go so far as to become a trusted person in the Arryn clan.

Smart people are those who can convert knowledge with experience. The more experience they get, the smarter they are. That is what Daenerys Targaryen has.
Remember when he bought and released Unsullied? He deliberately exchanged his dragon for troops. However, after that, he managed to reverse the situation by killing the slave kings. It was Daenerys' intelligence that succeeded in making people confident in his capacity as a leader

Varys was one of the confidants at King’s Landing (although ultimately betrayed from House Lannister who led the kingdom). One of the things that made him reach that position was his extraordinary dexterity.
Agile people are those who can think quickly until they reach a conclusion and act. Varys' dexterity in thinking and acting makes him easy to find a place and trusted by many people.

Admittedly, Cersei is a genius. An adage says that a smart person or an intelligent person will be inferior to a genius. We have witnessed a large portfolio of Cersei geniuses. For example, when he did not send Lannister troops to Winterfell. He understood very well that when the war against Night King had ended, the strength of Daenerys' forces had diminished considerably. Cersei also planned to detonate a temple that no one had expected. geniuses always catch things that no one else thinks.

In-Game of Thrones, we know there is Brandon Stark who seems to have abilities like psychics. Since becoming the Three-Eyed Raven, he has been able to think far back, read people's attitudes, and accurately predict what happens in the future. Bran is more worthy of being included in the indigo category because the intelligence he possesses cannot be compared to the six characters above. Those who are indigo have other abilities that even geniuses don't have. Therefore, the existence of Bran with his ability (which leads to supernatural) becomes important even though he is not directly involved in the battlefield.

The seven Game of Thrones characters above has different bits of intelligence. Do you have something in common with one of them?