On this occasion, I will give you tips and tricks on how to play the Mobile legend. Lately, the social media universe plays the Moba genre, one of which is mobile legends. MOBA stands for Multiplayer Online Battle Arena. Where we have to play one character in the team. To achieve a victory in a MOBA-genre game. We must destroy the main tower. Before destroying the main tower we need to destroy the small tower first. 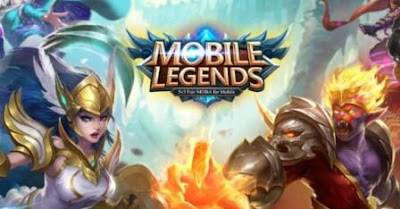 Mobile legends itself has been released in Playstore in the year 2016 ago. A lot of users from all over the world have downloaded mobile legends. Until now mobile legends has been downloaded at play store more than 50 million. Fantastically not it? Absolutely fantastic!

What are the things that support to play mobile legends:
Guide How To Play Mobile Legend:

Here are some steps when playing mobile Legends games on your Android.
How to play Mobile Legend on Android:
Loud warnings before you play mobile legends:

1. Make sure your connection is stable

Unstable or broken connections cause reconnect. It makes you do not get the experience of playing with the satisfaction of your friends. It would be wise if you make sure the 4g or 5g network is definitely not broken and fast.

Often when playing your mobile games will be hot or overheat. While playing battery games will be hot fast because it unleashes a lot of power to play games. Some mobile phones will not be strong with such heat. Causing lag.

Handphone that is not strong against heat is the phone with CPU MediaTek. It would be good if you buy a phone with a CPU Snapdragon. Because the phone's CPU snapdragon is resistant to heat.
If your phone CPU is MediaTek. Then you should play in an air-conditioned place or in front of the fan to get hot on your handphone so you will play smoothly and there are no lag constraints.

3. Play when you're not busy

Many of the players do AFK. AFK is when you are not able to play when you are already in the game. This is very inappropriate because it will cause your team to lose. Game Mobile Legends is a game that relies on teams.

If your other AFK player will distress to win the game. The game is normally 5vs5 if you AFK then 4vs5. Very detrimental to the team. You'll have the right to play while you're free.

How To Pick a True Mobile Legends Hero:

If you want to know how to play Mobile Legend correctly, you must know this. There are several types of mobile legend heroes that you can use in playing. Look for the type/role of the hero that suits your abilities and also what is needed by the team.

Because if there are only a few hero roles or incomplete then your team will find it difficult to win the match. Then it must be balanced between the roles of one hero to another.