Shortly after teasing fans with an image, Epic Games finally released a collaboration event between his game, Fortnite, with Borderlands 3. In the already scrolling update 10.20, the event collaboration can be played by the players until September 10. 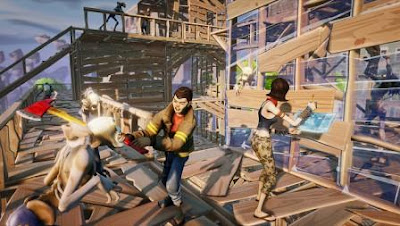 The challenges given are not too complicated, among others seeking loot or beating opponents in the Pandora Rift Zone. Some challenges require the player to look for Claptrap's eyes (one of the missing characters in Borderlands).

If you have trouble completing a mission given at the Fortnite x Borderlands collaboration event, you can see the guide below, which we've summarized from a variety of sources.
Where to find the eyes of Claptrap?

Misi yang diberikan dalam event ini tidak jauh-jauh dari zona baru yang muncul, yaitu Pandora Rift Zone. Area ini berada di daerah padang pasir hingga bagian selatan dari Paradise Palms. There are two things you should do. First, of course, find the missing Claptrap eyes. Second, return it to Claptrap. A talkative Robot from Borderlands itself can be found along the road near the West Desert entrance area. The location of the eyes of Claptrap can be seen in the image below.

In addition to finding Claptrap's eyes, you are also required to complete other missions to get rewards in the game. One mission you can accomplish is looking for three Vault symbols. How can you get clay on the video below?

Other missions in Welcome to Pandora Challenges include:
The new Borderlands collaborations come to Fortnite, introducing Borderlands-themed skins, weapons, and Back Bling to the game, along with a unique zone on the Battle Royale map. The collaboration of Fortnite Borderlands is just one of the few that will come to the game since the Fortnite Thanos crossover 2018 for the Avengers: Infinity War.

Since adding Thanos to the game, Fortnite has seen some great crossovers with movies and other properties, from the NFL to Marshmello musicians, to Jordan's boots. John Wick in May made the Fortnite Reaper's skin obsolete, and Fortnite's crossover and Avengers: Endgame in April added more Marvel lovers to that very popular Battle Royale game. It's no surprise that brands of all kinds want to get their properties into the colorful world of Fortnite because that means millions of players around the world will see it. Crossover Borderlands, however, is the first to be owned by Fortnite alongside other video game titles, because it seems their brand is already so big that there is no need to worry about competition from other shooter games. 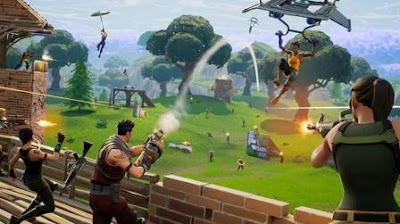 Epic Games announced the Fortnite Borderlands crossover on the Fortnite website. The collaboration, called Fortnite X Mayhem, introduces Psycho Bundle to the store. Buy a bundle of opening Psycho skins (based on the iconic Borderlands enemies of the same name), the double weapons set of Buzz Axes, and Claptrap Back Bling. Claptrap, the tiny Borderlands robot mascot series, towers and even speaks when equipped as Back Bling, pronouncing the same phrase he normally screams in his own game.

Read More:
Perhaps the most important part of this collaboration is the new Pandora Rift Zone added to the Battle Royale map near Paradise Palms. Everything in the zone reflects the style of the neighborhood objects seen in the game Borderlands (including the spoils), and entering the zone applies a border-like filter to the Fortnite chart. This makes the game look more cartoony, as everything is outlined with a thick black stroke. Epic also notes that some of the visible objects in the zone will be available as home prints to build in the Creative Fortnite mode, and the Welcome to Pandora Challenge bundle will allow players to unlock weapons and sprays.

Although never explicitly mentioned in any collaboration info, the Fornite X Mayhem crossover was clearly meant to promote the Borderlands brand just in time for the launch of Borderlands 3. This Game may indeed be in the condition of having to promote themselves more because the CEO of Gearbox Randy Pitchford has made some decisions that have created a negative reaction from fans. The recent controversy involving a Youtuber Borderlands has even made a fan of the Borderlands 3 boycott. Maybe the Gearbox hopes to attract millions of Fortnite fans to play the game when it launches.

That's a slight summary of Shortcutgame that could be a reference for you to update Fortnite, hopefully useful.