5 Best Hero Tanks in Mobile Legends, Hard as a Rock!

"Who wants to be a tank?". This is the thing most often talked about everyone will play Mobile Legends. Playing a MOBA game like Mobile Legends isn't arbitrary. In this popular game, it needs to have a strategy and skill (skill) capable so that you can win every match. In Line-Up while playing Mobile Legends, the role of Tank hero is very important.

Without hero tanks, heroes like Assasin, Mage, and Marksman (whose blood is tender) will have difficulty when constructing attacks or starting War because no Hero can withstand damage from enemies.

Tanks, unmarked heroes are often underestimated. When the win is forgotten, when lost blame. Though Tank is one of the mandatory roles in a team. Well, in this article I will recommend some of the best tank heroes in Mobile Legend, which is still OverPower.

Want to know what are the best Tank heroes in Mobile Legends? See below:

Whose name rocks must be hard. That's Grock. The Hero of this tank this one has pretty sick damage to skill 1. What's more, the passive skill of this best tank hero can make it very powerful if it's near the wall.

By his appearance such as a fortress running, 2 Grock skills could create a wall that could obstruct the opponent's path to escape. Grock's skills are best suited in combination with wall-dependent heroes, such as Moskov and Fanny.

While Ultimate Grock can make it crashing towards the enemy and can make the enemy bounce to the top, damage 3 Grock's skill is quite sick if combined with his 2 skills. 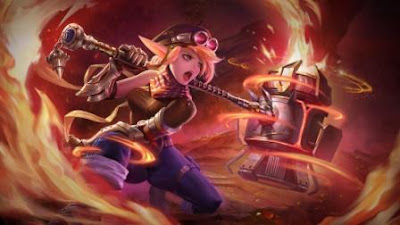 Lolita is a hero of tanks and hero support. This is because the skill has Crowd Control and Push Tower skills. His main Skill, Noumenon Energy Core makes Lolita can give Shield to all friends on the team.

This 1 hero Tank Skill is perfect for performing the enemy's Carry ganking or lock hero to get hit and cannot escape. With Skill 2, Lolita will create a shield that can protect your friends from projectile attacks from enemies. While playing in the draft pick mode, the hero is also frequently used, in fact, in the Legend-Mythic tier.

In the patch version 1.2.30 ago, Moonton has officially released a Hero type Tank/Magic regen/Poke specialist. Hero with the ability to support this team deserves to be a mainstay in the front line of your team. With his thick blood and passive skills, Hylos became a tank hero that was hard to kill. Moreover, skill 1 Hylos has a stun that can be useful when ganking or team fight.

Hylos's Skill 2 can give damage to enemies around it. This 2 Skill can give a stack, the more, the greater the debuff effect and damage the enemy receives. On the other hand, Hylos's ultimate skill can open a path, if the enemy is hit by this path then their movements will slow down. Hylos Skill 3 can also be used to start a war or rescue a dying friend. 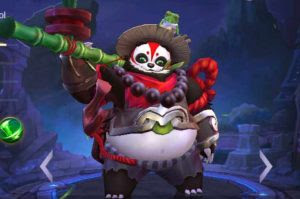 The next best Hero Tank is Akai. Yes, these fat pandas are tanks that are most often depict or banned in draft pick mode. His skills have a high Crowd Control ability and are very useful in a team fight.
Therefore, Akai is often used during important tournaments such as MPL. With its high defense ability and suitable skill to start War, Akai deserves the choice to play Ranked. On average if the team is an Akai Pro player, chances are that your team will win.

Moreover, it has a tough passive skill as well as skill 1 that can be Open War to escape from the enemy chase. His ultimate skill is the key to this hero. The 3 or Ultimate Skill for Akai can ruin the enemy's formation, kidnap the opponent's hero and also be able to deactivate the enemy hero if it is held to the wall. 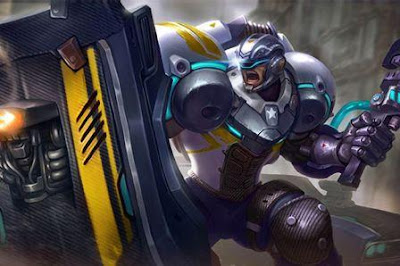 Well here's him my favorite best tank hero. The Hero who smelled transformers, who else if not Johnson. The Hero who can transform into this car is a banned subscription in Draft Pick mode. In most tournaments, I did not even have time to use this best hero tank because it was always banned or taken by the enemy first.

Why is Johnson so taken into account? Johnson's ability is very overpowered in my opinion, although it has been a few times in Nerf. The Hero has a thick pop and Crowd Control abilities as well as a pretty terrible initiator. When Johnson's blood was below 30%, he would pull out a shield for 10 seconds of armor.

Read More:
The most important ability of this tank hero is its ultimate skill. Johnson could have transformed into a car. This is the key to Johnson's hero. Like a car, Johnson could transport 1 friend. His 3 Skill is also useful as an initiator in open war. You can also walk around the map and also be able to surprise your opponent if you get hit by Johnson.

When using Johnson, make sure your connection is stable, ping small and not lag. Because of the lag, then while driving the car will be broken and uncomfortable. therefore.

Well, that's the list of the best Mobile Legends tank heroes of the year. I believe in the next few seasons the hero tank above is still a bestselling and worth noting.