Home DOTA 2 How to Play DOTA 2 on Android

How to Play DOTA 2 on Android

DOTA2, many people's favorite games can be played with smartphones. With the help of several connecting cables, you can use your mobile phone as a screen to play DOTA2. Surely the whole process is still done on your computer because the power of your mobile phone is certainly not able to make running DOTA2 itself. Create a curious kayak if you play DOTA2 with Handphone as the screen, this is the appearance of: 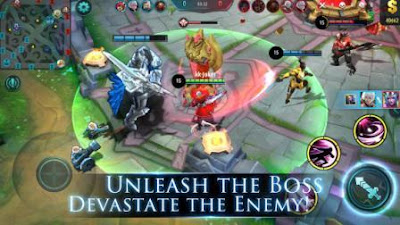 Here I explain how the solution and how to make you can play DotA 2 on your Android tablet. Immediately you see the solution from me below. Solution 1: Use the Streaming Game app
One of the applications of streaming games that you can use is REMOTR. How to use it is as follows:
Lack:
This way can be used to play any PC game on Android, not just DotA 2 only, but it is very not suitable for online games for competitive and because the response is unresponsive (there is delay/lag), and for DotA 2 control is very difficult, More suitable if used to Bermiain PC games offline.

It happens to play DotA 2 on Android with streaming applications I do not recommend, either using REMOTR or using other streaming games applications. But if you want to try yourself out of curiosity and just try it please, it's okay.

Because DotA 2 is specially made for PC, which you can do to feel the excitement of playing DotA games on Android devices is to play other games with the same genre (MOBA/multiplayer online battle Arena) that has gameplay Similar. Nowadays there are a lot of MOBA games that have been created for Android smartphone devices.