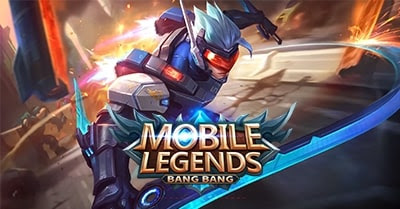 Mobile Legends: Bang Bang is a Moba game app that we can play on mobile like a legends game called "DOTA ". So users of this game will be able to feel the fun and happy joy and can do double kill triple kill and rampage.

Using this game is very easy, after downloading the application and entering into the game then the user will be directly directed to the tutorial first. How to play this game. After following the tutorial and already understand the user will be presented the main screen. To try online against other players.

Features are menus that can be click by the user. Examples include prep menus, heroes, battles, achievements, bags, leaderboard, and shops.

The Hero feature is useful for viewing any Hero in the game and can also see the likes and heroes that will be used in the game. Heronya There are various types such as tanks, fighters (fighters), murderers (assassins), Wizards (Magelang), Shooters (marksman), supporters (supot).

The fight feature is a feature to perform battles available in this game. This feature includes the main features as it is a core feature so users can play the game.

Bag feature is a useful feature to store the items you get in the game. For example daily skin try gifts, Hero try, fragments, emblem material and many more.

Store features are a feature for us to shop for goods such as Hero, skin Hero, material to upgrade the emblem and many more.