Home POKEMON GO How to Get All Medal in Pokemon Oras?

How to Get All Medal in Pokemon Oras?

Pokemon Omega Ruby and Alpha Sapphire (Pokemon Oras) is a Remake of the Pokemon Ruby and Sapphire. Released for the Nintendo 3DS platform. This game was created by Game Freak and publish by Nintendo. The Pokemon series goes to the 6th generation in the Pokemon series. Omega Ruby and Alpha Sapphire release in Japan, North America and Australia on November 21, 2014. This Game has also been sold as much as 14.19 million copies worldwide. 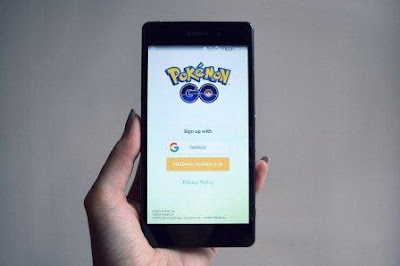 In this walkthrough, I will be focused to Omega Ruby. Although both types of games are the same, only the legendary Pokemon are different.
Intro

The first time you play this game, you will be presented with a selection of languages. After the completion of the vote, Professor Birch will appear, explaining to the new Trainer is you, about the world of Pokemon. The game will start from your journey in a moving truck. Your family has just moved to the region, Johto. Get out of the truck and meet your mother in the house. After a small discussion, go upstairs to check your room. Set clock according to real life time. Wrong with all of them, go to the bottom and your mother will take you to see the TV. The Program shown is a segment of the Petalburg Gym, where your father is a new Gym leader. Your mother would advise you to go visit your new friends and neighbors, the Professor Birch.

Littleroot itself is a very small town. There are only 3 buildings, your house, the Professor Birch's house and the Pokemon laboratory. Go to the right house, try to get up, which is certainly empty because the child of Professor Birch and your friend are told to look for Pokemon.

Route 101 is a small strip connecting Littleroot Town and Oldale Town to the north. This Route is filled with high weeds.

Once you have reached the first area, you will find Professor Birch being pursued by Poochyena. He will ask you for help to take the pokeball in his fallen bag. At this time you will choose three Pokemon starter Treecko with Grass type, Fire and Mudkip type Water.

Done choosing, this is your first battle.

After defeating the wild Pokemon, Birch will invite you back to the lab. As a thank you for saving him, he will give you the Pokemon that you have chosen. Birch will also tell you to meet May/Brendan on Route 103. You will also love the explanation of the usefulness of PokeNav Plus. Return home and meet your mother to restore your Health Pokemon.

Oldale Town is the first city to provide Pokemon Center and Poke Mart. Pokemon Center is the hospital for your Pokemon, in this place also you can manage party and others. Poke Mart offers an item that will come in handy for you, from potion to Pokeball. Route 102 is in the west, while Route 103 is in the north, go north. You guys can get free potion if go to poke Mart.

Route 103 gives you shortcuts from Oldale Town and Route 110. But you have to pass through the ocean to reach the opposite side, of course you can't do this now.

Going to Route 103, when you are dealing with your rivals, he will invite you to do battle. The enemy Pokemon will always be more profitable the type compared to your pokemon. Do not use the move that has the type, it will produce a small damage than normal attack. Don't be afraid to use potion. Fortunately finished the battle, he will cure your Pokemon.

Returning to the lab, Birch gives you the new gadget Pokedex. Pokedex is a pokemon it, you can see all the details of the Pokemon you encounter. You'll also be given a poke ball to catch wild Pokemon. After exiting the lab, your mother will approach and congratulate you for having a pokemon.

Go to Route 101 to get a tutorial on capturing Pokemon and usability DexNav. DexNav is a tool that can help you see any pokemon around you or not. Continue on to Route 102.

Route 102 connects Oldale Town and Petalburg City. These routes are filled with tall grass. Catch the Pokemon you encounter to help your party.

Once you reach Petalburg City you will meet your father. Go to the middle of the city, you will find Norman that is your father. Before that you will fight against Schoolkid. Once it's gone, Norman will invite you to enter the Gym. He was surprised because you have reached so far. Another trainer named Wally will enter the Gym and tell him that he lives in Verdanturf Town. But he is afraid to be alone here and ask for help to catch Pokemon. Norman will tell you to go with him and close Zigzagoon along with Poke Ball. You will go to Route 102, where he successfully captures Ralts.

Returning to the Gym, Wally will upgrade PokeNav Plus by adding the PlayNav app. Now you can play mini games with Pokemon Amie, train them using Super Training and connect yourself with other trainers around the world using the Player Search System.

Norman gives you the advice to become a strong Trainer, face Roxanne, chairman of the Gym at Rustboro City. To fight the Norman yourself you need 4 badges. Badged was acquired after defeating the head of Gym in each city.